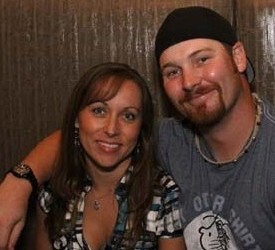 Middle relievers aren’t a typical post for us here at PlayerWives.com. However, in the case of Phil Coke, that middle reliever tag seems obsolete at this point. With the strike throwing machine picking up 2 saves so far in the ALCS, we figured it was time to find out more about Phil Coke’s wife Bobbie Coke.

Phil admittedly hit a rough patch earlier in the 2012 regular season. It was a rough stretch that he attributes to life at home immediately following the birth of his daughter in late July. Coke made comments following game 2 of the ALCS discussing his struggles and his return to being a strong arm out of the Tigers pen.

“My daughter was born, and then we went on a 10-game trip. I got to take my wife and my child home, and I had to pack and leave. That was terrible. That was a bad feeling. I had to get through that. That was part of my personal struggle through the remainder of the season from July 21. So I was good up to that point and hit a bump in the road. I figured it out. I kept pressing. I wasn’t going to give in. I wasn’t going to give up.” – Detroit Free Press, October 15, 2012

Phil and Bobbie were married November 22, 2011 and their first child was the one born this past July. Bobbie Coke (formerly Bobbie Brough) is a frequent participant in various Detroit Tigers wives charity events. The family lives in Sonora, CA in the offseason where Bobbie has previously worked as a massage therapist.