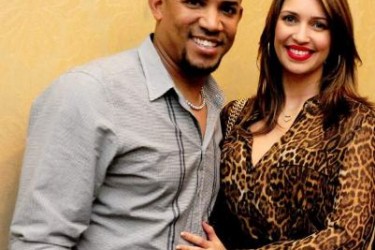 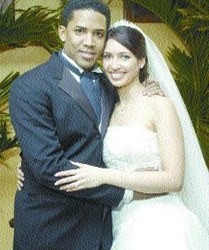 Being the wife of a professional athlete comes with both positive and negative aspects. While the money and fame are obvious boons, there’s always the looming threat of being traded away to another city.

There may be no woman on earth who understands this more than Octavio Dotel’s wife Massiel Dotel. Since Octavio was first called up to majors in 1999, he’s seen 13 teams, none of which lasted longer than his stint with the Astros from 2000-2004. You would think the moving would have it’s toll on the bride of the suitcase reliever, but Massiel has managed to develop a positive attitude about the nature of the business. In an interview with USA Today, she talks about the quick moves.

I’m used to it. We have to do it. What can we do, right? We don’t think about it. It’s pretty normal…
“I can pack everything in three days. Usually, there is someone with me, maybe his brother or his mother. I’m not alone. I have somebody help me… I usually have 13 or 14 suitcases when we move,” she said. “After so many moves, I’m really good at it.”

Until at least the end of October, there’s no packing needed besides road trips while Dotel looks to be the heir apparent closer in Detroit. After helping St. Louis win the 2011 World Series out of the pen, he brings his expertise to the Detroit bullpen. With Valverde blowing up Saturday night in the Bronx, Tigers manager Jim Leyland will be looking for someone else to slam the door shut on the pinstripes and Dotel looks like he’s running neck and neck for that title with fellow reliever Phil Coke.

Octavio and Massiel married in January, 2006 and have two children; one born in April 2010, and another in February 2012. 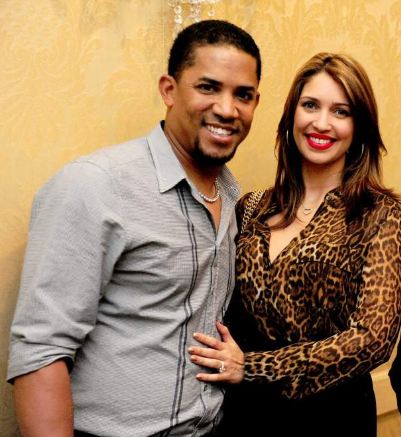