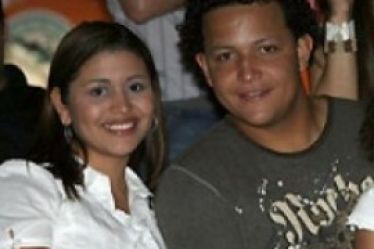 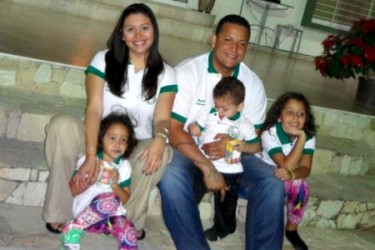 UPDATE 09/22/2014: Is it possible? Is Miguel Cabrera not going to win an MVP this year? Fortunately for him, despite a few rocky years, Miguel Cabrera’s wife Rosangel Cabrera will be patiently waiting at home for him.

The couple is as strong as ever, and following the rumors involving wives that crushed the Tigers clubhouse last years (players hooking up with wives that weren’t theirs…..) stability is much needed here. Miguel and Rosangel have been married 12 years, with three children together.

10/05/2009: By now, we’ve all heard about the altercation that took place during the final weekend of the regular season between Miguel Cabrera and his wife Rosangel Cabrera. It appears that Miguel came home drunk, and an upset Rosangel confronted him for waking both her and their child. A scuffle ensued, resulting in unexplained facial lacerations and abrasions on Miguel for Sunday’s season finale against the White Sox.

Rosangel called the cops, and Miguel was taken into custody before being released to the Tigers custody. The Detroit news has obtained a recording of the troubling 911 call, which you can listen to here.

So after doing this website for a few months, we’ve noticed a few trends that we’d never been exposed to before. Certainly there are cultural differences we never knew about and Miguel Cabrera and his wife Rosangel Cabrera have helped teach us another.

Miggy Cabrera’s wife Rosangel has been by his side since high school. The two began dating them, and were married early in his career. The two tied the know on June 17, 2002 in a civil ceremony while Miggy was rising through the Marlins minor league system.

Here’s the quirk. In 2006, the couple had their first child, a daughter. They named their daughter Rosangel as well, which prior to this, we’d never heard of a daughter being named directly after her mother before [editor’s note: the couple has since had two more children, another daughter and a son born in 2011].

Thanks to Miggy and Rosangel for showing us something else we’d never seen before. 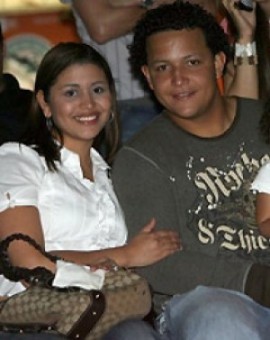