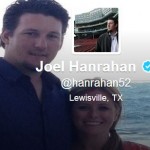 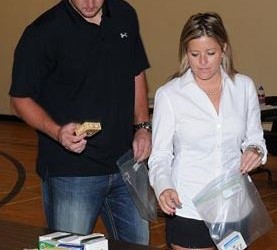 After the disaster that was 2012, it’s no surprise that there are plenty of new faces in the Red Sox clubhouse. One of the higher priorities for the new was obtaining a new closer, which they did by way of Pittsburgh with Joel Hanrahan. After a rough spring, it seems like Hanrahan might still be adjusting to his new environment. Joel Hanrahan and his wife Kim Hanrahan also are doing some adjusting at home having just had their first child.

Joel and Kim were only recently became husband and wife, with their wedding a little over a year ago in January 2012. They welcomed son Ryan on March 11, 2013. Boston was an ideal new destination for the Hanrahan’s, as Kim still has family in the area. Prior to motherhood, Kim (nee Donovan) was known for her charitable work with Joel’s prior teams, specifically the Shadyside Family House and a domestic violence shelter in the Pittsburgh area.

Joel Hanrahan was actually first brought up as a starter for the Washington Nationals. Somewhat out of necessity, he was moved to the closer role where he flourished. He was traded the Pirates in 2011 and is coming to Boston having made the last two NL All Star rosters. 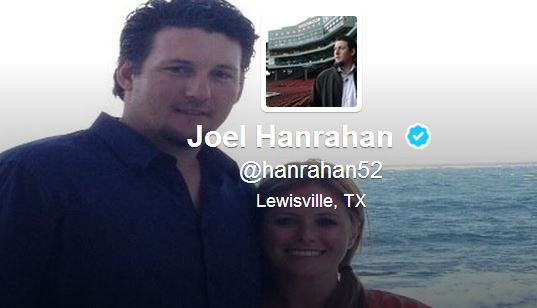