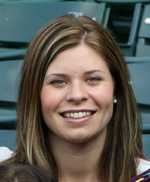 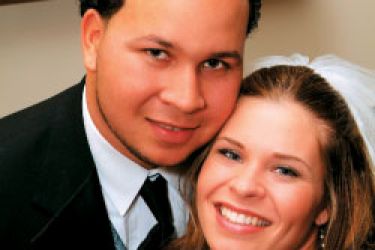 Jhonny and Molly met in May, 2002, when the Avon, OH native met Jhonny who was then the SS for the Akron Aeroes. After months of calling each other as friends, Molly suggested she go visit Jhonny at the Arizona Fall League that October. The couple was got engaged in April, 2006, and were married in January, 2007.

While staying in Goodyear, AZ for Spring Training, Molly was stung by a scorpion in bed in the couple’s rented home. Both acknowledge having seen the potentially venomous creatures in the area and some parts of the house, but had never seen them in the bedroom. After multiple failed exterminator visits, the couple moved away from the house and to a much more human populated, and less scorpion populated area.
Molly was fine, by the way.