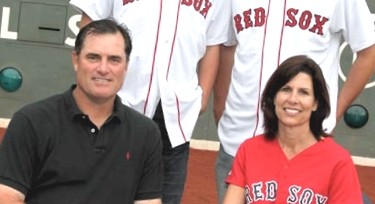 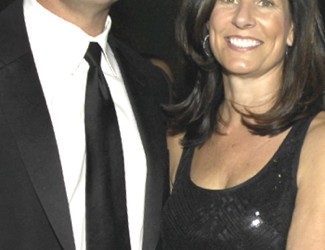 John Farrell’s wife Sue Farrell was the daughter of a US Air Force general and was born in in Portugal. She was a 1983 graduate of Oklahoma State University, where she met her future husband. John and Sue reside in Westlake, Ohio during the offseason but Boston was their in-season home.  Did you happen to catch that post tense there?  Yeah, more on that in a minute.

John Farrell’s move back to Boston was also a boon for John Farrell’s wife.  It allowed her to return to the site of her business. Sue is one of three co-owners of L’attitude Fanueil Hall, a boutique shop where “women of all ages, shapes and sizes could find the latest trends in both clothing and accessories”.

John Farrell’s wife Sue is very religious – something she relied upon heavily when their Luke needed surgery to remove a large tumor from his neck. Luke awoke from the surgery and, since he couldn’t speak, motioned for a piece of paper and wrote, “Lying in the hands of God,”, underneath two hands interlaced. Sue eventually had this drawing made into a necklace that she gave to each member of the family, to always remember.

Now, it’s not how we wanted to end this, but ending is an appropriate theme here.  Amidst a cyclone of controversy with the manager, it was revealed that John and Sue Farrell were headed for divorce.    The couple didn’t elaborate more on the situation.  However, rumors swirled that John was in a relationship with a local broadcaster Jess Moran.  After 30 plus years, it’s sad to see they couldn’t make it work anymore.  But they certainly churned out three impressive kids, so while it worked, it worked well.