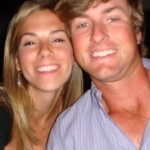 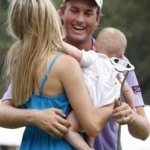 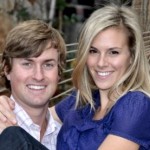 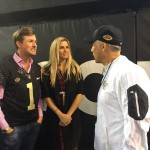 I have very few regrets in life but after meeting Webb Simpson’s wife Dowd Simpson, I will share with everyone my top regret: not becoming a professional golfer.

Think about it, does anyone have it easier? You play 18 holes a day, hit the range and come back home to a hot wife. Next day, more of the same. Take for example the not-so-household-name-yet PGA golfer Webb Simpson’s wife Dowd. I mean come on son, this isn’t even fair. And I say that before I even tell you the story of how they met. This isn’t even second hand information as this story has been told by Dowd herself.

Long story short they met at Wake Forest when Dowd was a sophomore and Webb was a freshman. Dowd’s best friend at the time knew Webb from golf and even joked around that when Dowd meet Webb she was meeting her future husband. Eventually during the summer Dowd ended up at a party where Webb’s father approached Dowd and asked that she take out Webb so he could be seen with an “older woman” (Webb’s dad sounds like someone I would want to hang out with, maybe even more than Webb).

Eventually school finally started and Webb went to a party where he saw Dowd across the room. From the description his father gave about the girl he met, he knew that this was Dowd. He didn’t get enough courage that night (or was just playing it hard to get, like he should, he’s Webb Simpson after all!) and it wasn’t until later in the week he finally met her through Dowd’s best friend. Seriously, I couldn’t make this story up if I tried. Eventually they got married and now have a son named James. Dowd is currently also the VP of Membership for the PGA Tour Wives Association, which helps needy children by raising money with the PGA. 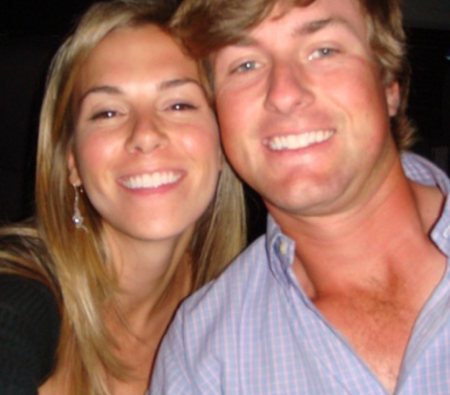