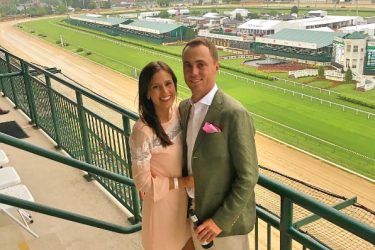 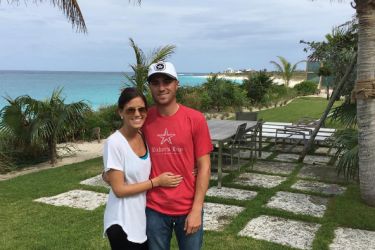 Justin Thomas’ girlfriend Jillian Wisniewski is about to become Justin Thomas’ wife.  Lucky for him she seems like a lovely young woman. She’s in a relationship with a self-confirmed mama’s boy, according to Justin. On Mother’s Day, Justin said he’s never too far from his mom. Justin and Jillian’s most recent documented outing together was a trip to Churchill Downs in May. They watched the horsies run around the track and dressed up in fancy clothes. People dress fancy because the horses (and tickets) are expensive. That’s the theory, anyway.

Justin Thomas’ girlfriend also hit up a Lakers game with him a few months back, and they ran into Floyd Mayweather. That was one week after they celebrated both Valentine’s Day and Jillian’s birthday on a bar-hopping rager. A short while before that, Jillian accompanied Mr. Thomas on an adventure to Baker’s Bay. Since they have no kids, it’s no problem traveling wherever the Tour wants to take them. Good lord, Baker’s Bay looks nice. It’s a 3-mile long bay on the island of Great Guana Cay. I believe it’s part of the Bahamas. That’s just one of a series of amazing locales these guys hit up for Justin’s PGA competition. For instance, a week or two before Baker’s, they were at a place called Cliff House in San Francisco. Now, I wouldn’t exactly call San Fran “amazing,” but getting to go there to play golf professionally is amazing.

The couple seems to get along really well with other PGA couples. This is kind of a big deal because there’s a high level of fraternizing between players and their loved ones in professional golf. Justin Thomas’ girlfriend Jillian was thrilled for his win in Kuala Lumpur at the start of the year too. She was not in attendance, sadly. Justin mentioned how rugged the flight is (it takes a LONG time). You can guess why she skipped it. As for eastern hemisphere endeavors, she’s rarely absent. They even hang out with caddies at pro basketball games when the tour events are over.

Now, Jillian has been in the picture for a while now. Is she about to become Justin Thomas’ wife? If it’s so, we’ll know soon enough. Leading the US Open heading into the last day, there’s bound to be plenty about Thomas’ life as he walks up 18 in the final pairing. 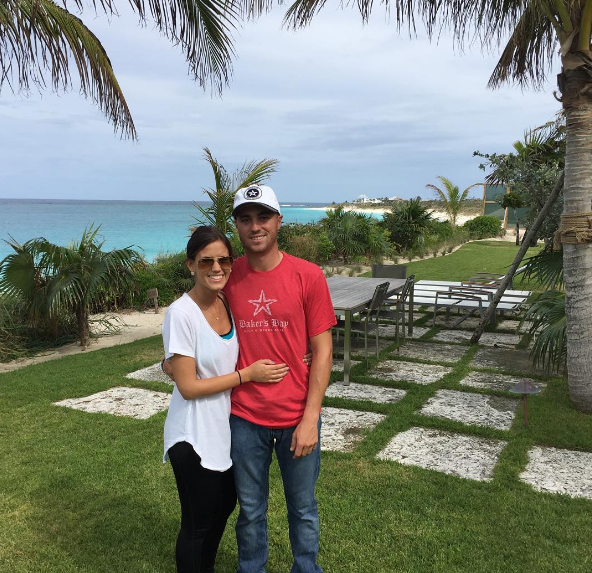