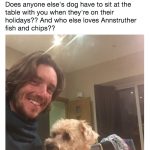 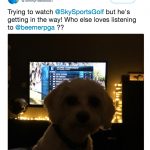 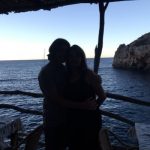 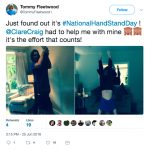 Tommy Fleetwood’s girlfriend Clare Craig actually just became Tommy Fleetwood’s wife.  The couple married in the Bahamas in December of 2017.  But, that wasn’t the only momentous occasion in their 2017.  Clare gave birth to their son, Franklin, in September of 2017 as well.  This was Clare’s third child, with two others from a prior relationship.

Hell of a year, huh?

Wife and mother aren’t the only title that Clare carries. Clare is also one of Tommy Fleetwood’s managers. People say you shouldn’t mix business with pleasure, but when it works, it works. Hey, I met my wife at work, too. I respect it.  Tommy Fleetwood’s wife worked at a sports agency representing golfers. Habric Sports Management employed Craig until last year. Fleetwood keeps his inner circle tight. His father caddied for him until 2011. Tommy’s career began to take off, which diverted from his father’s casual capacity to caddy for him.

Back to Tommy Fleetwood’s girlfriend Clare. The couple own two dogs. In fact, the dogs are frequent pictures on his twitter account, whereas Clare makes a single scant entry. Now, that entry is a memorable one, wherein she’s helping the man achieve a lifelong dream. The handstand. As a man who has never achieved that feat himself, I see nothing wrong with an assist on keeping the legs up straight. Gotta do what you gotta do to achieve the impossible.

There’s really not much known about Clare beyond that. Tommy talks about how her influence balances against his upbringing in a piece in the Daily Mail.

‘We had nowt growing up, but as kids you don’t worry or think about it. I’ve talked to my dad about why I don’t think about money, even now, when it makes the world go round in so many ways, and I know my lacklustre approach annoys Clare (who is also his manager) sometimes. But what can you do?’

Tommy heads into the final day atop the leader board at the 2017 US Open.  If he holds on to his lead and wins the major, then he really won’t need to worry about money much ever again.  Best of luck to Tommy and to Tommy Fleetwood’s girlfriend. 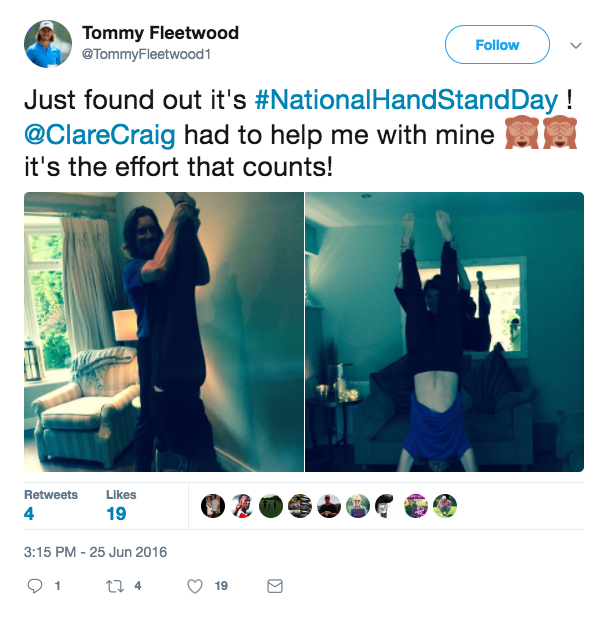