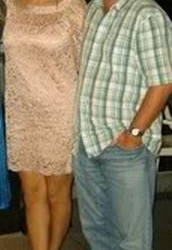 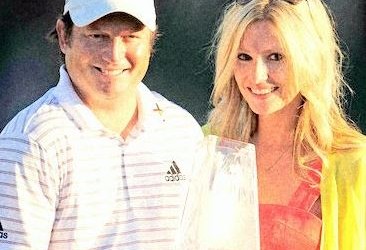 Score one for the little guys.

Whatever Tim Clark shoots on the course on Sunday at the Masters pales in comparison to the score he fired off it.  There is not one thing I don’t like about Tim Clark’s wife Candice Clark.  I’m even turned on by the spelling of her name. Candice easily jumps ahead of my childhood dream girl Candace Cameron Bure as my favorite Candice (yes I know they spell their name differently,… just let it slide). Typically when someone like Tim Clark lands a lady on the level of Candice I grow a strong disdain for that person. Knowing what I know about Tim I can’t find it in me to have anything but admiration for the guy.

First lets state the obvious: Tim is short. He’s only 5’7″ which as you can imagine doesn’t translate well to hitting the long ball on the course . I guess Candice, unlike most chicks, doesn’t dig the long ball quite so much.  So Tim’s got the height thing, but whatever, no biggie on that. Tim also has a genetic condition that affects his golf swing. Tim can’t turn his forearms and wrists inward which is a death sentence on the course . That is why Tim was one of the PGA players who argued against the new rule that bans anchored putters. Guy can’t even hit a proper wedge shot because of his condition.

The next time Tim wins I’ll be happy for two reasons. Happy to see a guy overcome the hand he was dealt and make the most of it and, most importantly, another chance to see Candice of the 18th green!