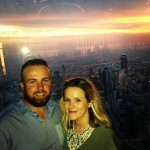 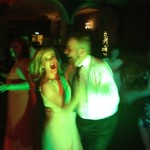 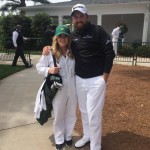 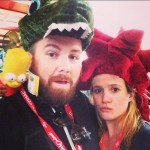 The couple met for the first time randomly on a night out with friends and were instantly drawn together. They were engaged in December of 2014 and is hoping to tie the knot at some point in 2016. The future Mrs. Shane Lowry is not afraid to let the world know when she’s proud of him. Wendy Honner is quick to go to Twitter to brag about Lowry’s finish in the most recent tournament. Hell, I brag to the world when my wife and I put our kids to bed without incident.  Sooo, I get it. If Shane manages to win the 2016 Master’s you can only imagine the celebration to be held in the Twitterverse.

In preparation for the 2016 Master’s, the annual Par 3 Contest was held. The Par 3 is a fun event where the players go out and play a quick 9 on, you guessed it, Par 3’s. The caddies for the Par 3 are not your traditional caddies. No one really cares about a bump and run, or the left handed slope approaching the cup. While there are plenty of golfers kids, and old college buddies who put on the all white caddy coveralls, Shane Lowry’s wife took the reins for him. While Lowry didn’t ace out like nine of his fellow PGA pros, I’m sure he had as good a time as anyone in the field.

Charitable off the links

Shane Lowry’s wife Wendy Honner, is vocal in her support of kidney disease. In an incredible story, Wendy’s sister Melissa donated a kidney to their sister Alison. Shane got in on the act, donating signed gear and memorabilia to benefit the Irish Kidney Association. The Lowry’s hope an excellent showing at the 2016 US Open will help further their cause (and furthering his own career doesn’t hurt at the same time). 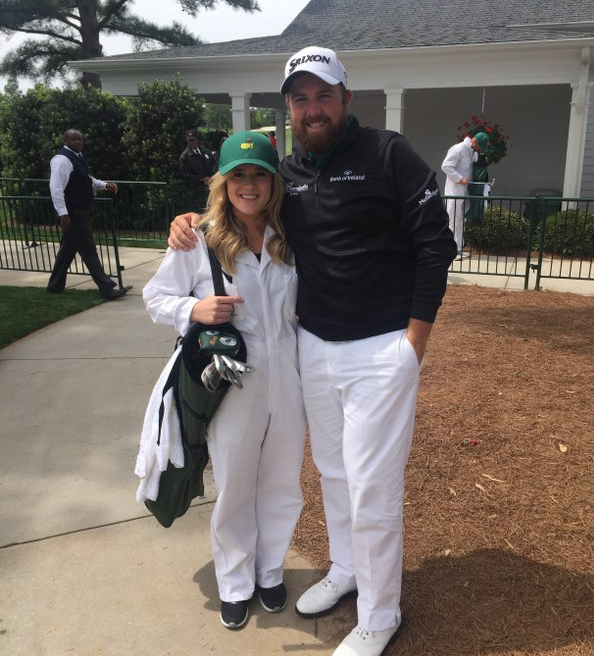