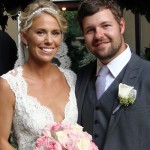 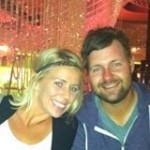 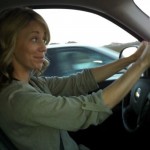 Ryan Moore’s wife Nichole Olson Moore is proof anyone can escape Vegas.  Of course, Vegas is a tough city for anything longer than 72 hours so imagine living there.  But, Ryan and Nichole are proof you can survive and escape the city of sin.

Ryan Moore’s wife entered the picture in 2002.  The two were attending what has to be the hardest school in the world to attend.  UNLV.  It’s hard to imagine how anyone could handle going to school at UNLV. With all the temptations that are a mere few miles down the road how could you even focus on class?  Yes it has to be tough to focus if you went to a southern school with great weather.  But as anyone whose gone to Vegas can attest, it’s just a whole different league out there. Top that off by being an athlete while attending UNLV and well, you my friend u are a stronger person than I am if you graduate.

Ryan Moore’s wife was a four year player on the UNLV soccer team.  Definitely an athletic couple.  Ryan isn’t a household name on the PGA Tour yet.  However, he is fairly well known based on his style.  Often seen playing in a tie and a sweater vest (which can’t be comfortable) Ryan’s course attire has made more headlines than his golf game so far.   Though to be clear, a top 5 finish at the 2017 Master’s could quickly change how he’s recognized.

Ryan Moore’s wife Nickie gave birth to the couple’s first child in 2012.  They married in 2011 and wasted no time in having their first son Tucker in October.  Ryan actually won the Justin Timberlake golf tournament two weeks before Nickie delivered Tucker. Not getting enough of Vegas during college the couple still make their home in Vegas but Nickie is on the road quite a bit to watch Ryan play. 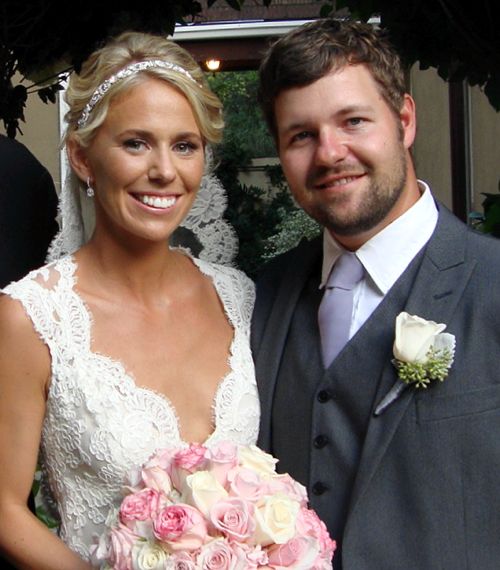