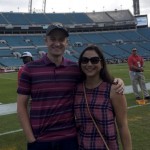 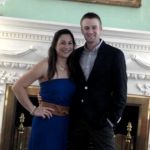 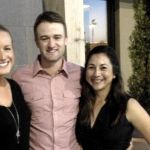 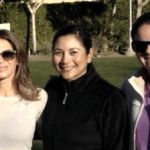 Russell Knox’s wife Andrea Hernandez Knox saved his ass from getting face-palmed by Chinese customs when he was trying to fill a spot left open by a JB Holmes withdrawal. It wasn’t gonna’ happen for young Russell, but with a resourceful wife the world becomes your moving walkway. Andrea filled out his papers and got the man a proper visa. Then she carried his bag around for a practice round because his back was hurt. It’s not really newsworthy, but Golf Digest reported on it because golf fanatics like knowing when golfers gain access to mysterious lands in the east.

Back in 2014 we mentioned some rumors about this couple getting hitched. The rumors became a reality. Russell Knox’s wife Andrea married him on April 12th of that year. After the marriage, Russell took Andrea to his homeland, Scotland, and played in a tournament called the Scottish Open at Royal Aberdeen. She’d traveled there a few times before, but going there for a tournament and honeymoon following their wedding was a big deal for Russell. Andrea herself was a professional tennis player back around 2007, but it’s unclear to me how long or serious her career was because records of it are tough to find. She was born in Mexico in 1989 and is six years younger than Russell.

Russell said that Andrea was a lot younger than him when she was traveling around the world, and that sort of suggests that she may have been younger than 18 when she was involved with the Women’s Tennis Association. Russell Knox’s wife has been described by him as “his everything,” and after the Chinese customs incident, we can see why. The two met at on a beach in Florida, according the PGA website. At the time they met, he was a cart boy. He says she was a tennis pro, but she never made headlines or anything. She just swung a mean racket and schooled the boy in travel procedures. 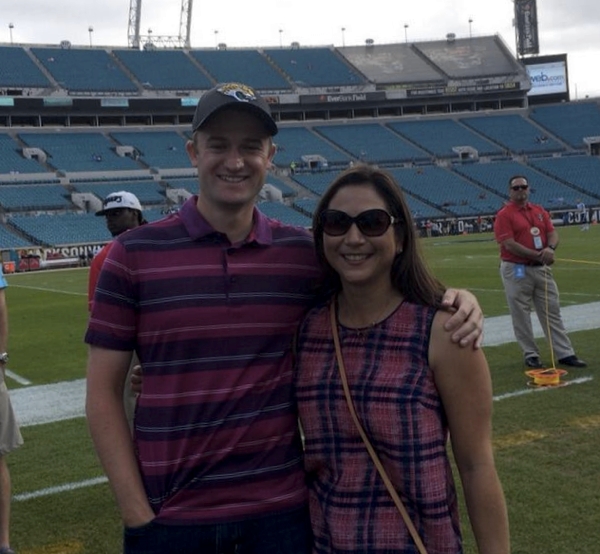