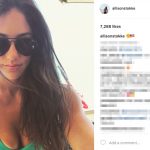 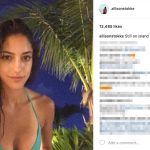 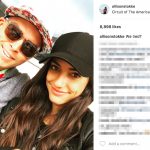 And, Rickie Fowler was nice enough to put it on Instagram for us!

On June 8, Rickie dropped down to one knee and put a ring on it.

Today is National Best Friend Day so I wanted to lock mine down…I WON!!

Now, if you’re anything like us, you remember Rickie Fowler for this picture at the 2014 Ryder Cup

A single man in a sea of teammates kissing their wives.  The shit eating grin and shrug were perfectly captured in a cheesy image of staged PDA.  Love it.  Well folks, for the 2018 picture, he’ll be right there with them!

More about Rickie Fowler’s girlfriend to be wife.

Allison Stokke was a serious collegiate athlete who competed in pole vault. She remains extremely dedicated to this sport since she features it prominently in her social media. Allison also loves fitness in general. She posted an awesome picture of her doing a headstand among some huge rocks in Sedona recently. Allison showed up in Rickie’s social media was April 24, 2017 for the first time. He won an event and used the occasion to introduce her to all his followers. It’s a big deal since over a million people follow him. She herself retains almost 300,000 followers. They’re both a big deal, okay?

Jumping out of a perfectly good airplane

Rickie Fowler’s girlfriend also posted a crazy picture of her skydiving. I don’t know these people get these photos sometimes. She mentioned that either she or one of the dudes she dove with jumped out of a plane three times in one day. This woman loves her outdoor activities! Allison is also a member of a team of athletes who represent a sports camera company. That is why the extreme sky-diving photographs are possible! It’s rare to find a social media account with so many awesome photos. It makes sense. The photos are all colorful, artistic, and feature awesome angles and perspectives. At the same time Rickie posted his picture of Allison, she posted a different one of him. They look cozy and cool in both pictures. I think they dated for months before they decided to go public with the relationship. 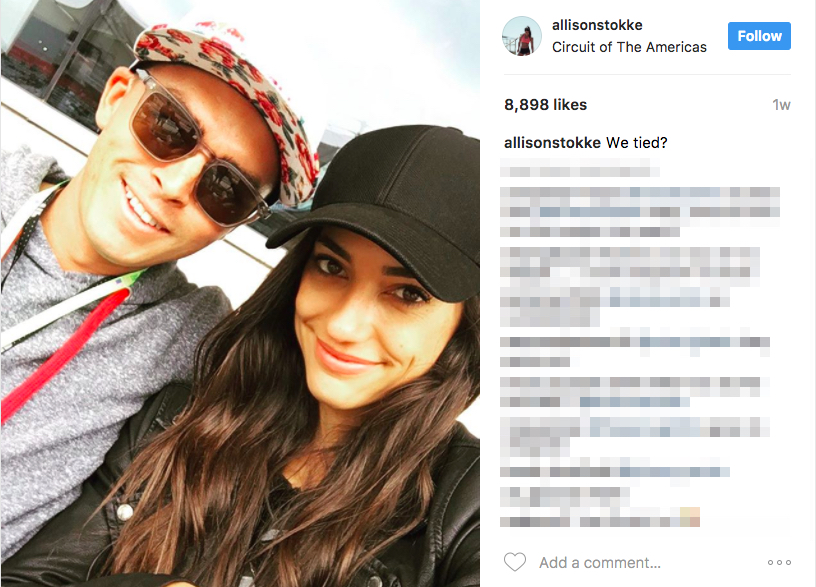