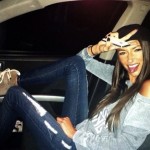 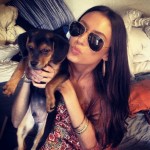 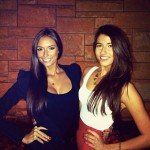 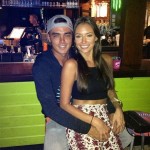 Good lord, Rickie Fowler’s girlfriend (2017 edition!) Alexis Randock is dealing in some heavy gunnery, and by that I mean she’s hahhht. The photogenic young lady has been photographed recently with a Mr. Rickie Fowler, top ten golfer extraordinaire. All signs point to supercharged girlfriendage.

So let’s review what we know about Rickie Fowler’s girlfriend (2017 version, don’t forget) Alexis. For one thing, she grew up in Phoenix, and she has a screamingly attractive sister named Nicole Randock who attended Arizona State (party on). Alexis also attended Arizona State. She majored in super-magnetizing-attractiveness. I mean, she is a real model. She walks runways, and there’s a YouTube video of her getting a quick interview after having worked on seven different bikini lines at Mercedes Benz Fashion Week. When asked “where can people find you who want to find you?” Alexis responded “I’m in New York with (the model agency) Wilhemina Miami.”

So here’s where things get dicey.  There are rumors that Rickie Fowler’s girlfriend is actually now his ex-girlfriend.   The New York Post ran a story suggesting that Fowler may have started dating former Bachelor contestant Lauren Barr.  But, that’s about as far as the story goes.  The extent of the courtship existed through a couple Instagram pics around sporting events.  But that was about it.  Fowler’s Instagram reveals nothing about a relationship either way – neither Alexis or Lauren appear anywhere.

We actually tend to venture that Rickie is a single man current day.  Why you ask?

Yes, the famous Ryder Cup picture.  Rickie Fowler very famously, and comically dabbed the above face following the 2016 Ryder Cup.  As his teammates locked lips with their wives, Fowler struck the pose. 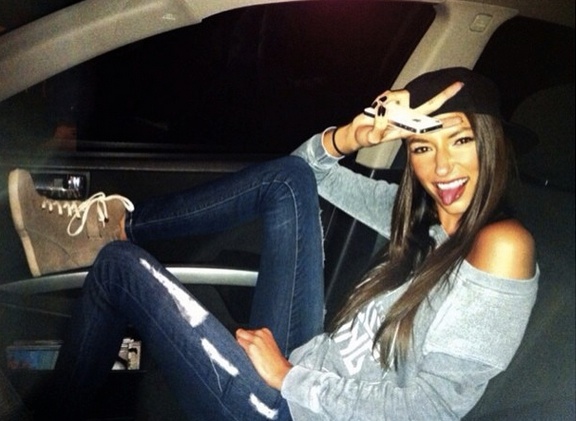