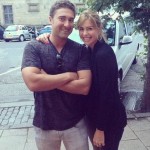 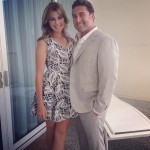 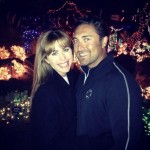 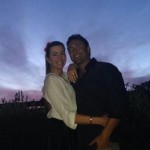 Paula Creamer, the female LPGA star, has had it pretty good these past few months. Not only did she win the HSBC Women’s Champions earlier this March, in December 2013 Paula Creamer’s boyfriend Derek Heath proposed to her, and she accepted.

Derek Heath proposed to Paula Creamer on December 15, 2013, when he and Paula went skydiving. Paula gave the announcement via twitter and posted the skydiving proposal picture on Twitter.

Creamer told theepochtimes.com, “I’m in such a great place. I’m so happy. Derek just makes me want to be better, makes me want to be a better person. It’s always hard, life out on tour, but now, being able to share things other than with my parents and my caddie, Colin, it’s been very exciting.”

33-year-old Derek K. Heath is a proud member of the armed services. The Newport Beach, California native graduated from the Air Force Academy. He flies C-17s and is now on active reserve status.

Paula Creamer’s ties to the military date back much further than her meeting Derek Heath. The happily engaged couple met at the Kia Classic a year ago. However, this was no chance meeting. Paula Creamer and Derek Health were set up by their parents. Her father, Paul Creamer, and his father, Clark Health, flew together in the Navy. They remained friends when they both subsequently worked as commercial pilots, and then decided to introduce their offspring last March. A wedding date has not yet been announced. 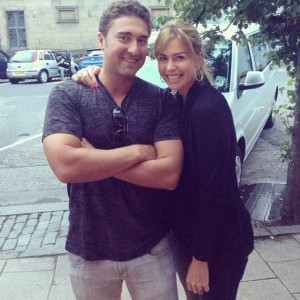