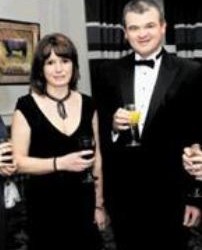 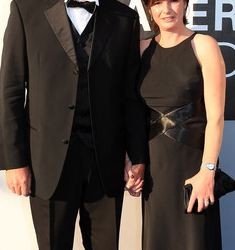 Paul Lawrie has quite a story.

Paul Lawrie’s wife, Marian Lawrie, along with their two sons, Michael and Craig, helped Paul ascend to the the top of the golfing world and a Scottish legend. However, in recent years, Paul has slipped to a player who needs to qualify even to play in tournaments. You may remember Paul not for what he won but for what someone else lost. British Open, 1999, only needing a 6 (double bogey) on the last hole Jean van de Velde makes a 7 and enters into a three way playoff for the Open Championship. Lawrie seizes the moment and wins the British Open. From there Paul loses his game. He misses cut after cut and eventually he’s an afterthought on the tour.

As his kids grew up, they also take up the game of golf and one day, Paul and his son Michael played a round at their local country club. Michael would actually beat the former British Open champion Paul on this day. However, to Paul this might have been the turning point of his career. Paul began to focus on playing the game again and with the help of his sons, his game slowly returned.

Turn the page to 2012 and Paul is back on track, and is making a trip to the Ryder Cup in Chicago in 2012. This will be Paul’s second Ryder Cup team for Europe, with his first at Brookline in 1999. Making the trip with him to Chicago will be his wife Marian. Paul and Marian met a long time ago in their hometown of Aberdeen, Scotland and have remained rooted in the community since then. Two people not making the trip to Ryder Cup will be Paul and Marian’s two sons. As they are both teenagers now, Paul and Marian decided that neither could attend due to school and lack of parental supervision at the tournament. I have to say, if I were either Michael and Craig, I would ABSOLUTELY be throwing one hell of a rager at the parents place while they were across the pond. That would teach Paul and Marian for not inviting the two kids to the biggest tournament their dad has played in for a long time. 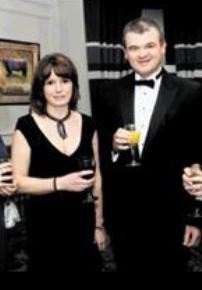