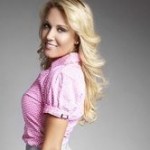 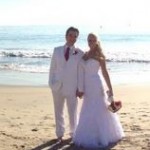 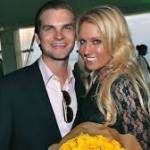 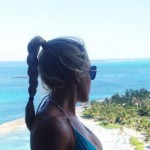 It’s nearly impossible for athlete-celebrity couples to keep their personal life out of the limelight. But somehow Natalie Gulbis’ husband Josh Rodamel was able to keep the couple’s wedding day a secret.

Natalie Gulbis and Josh Rodamel recently tied the knot in California on December 23, 2013. The couple got engaged in July, shortly after Natalie Gulbis recovered from malaria she contracted at the first contest of the season in Thailand. Although Natalie Gulbis has historically been linked with several other high-profile athletes, including NFL quarterback Ben Roethlisberger and PGA Tour player Dustin Johnson, her relationship with Josh Rodamel has mysteriously been kept under wraps. This is especially surprising because Josh Rodamle is famous for two things: being a former Yale quarterback and a former co-owner of the Power Balance bracelet.

But what made Josh Rodamel really famous wasn’t football. It was his business venture with his brother. Remember those $35 silicone Power Balance bracelets that claimed to enhance strength, balance and flexibility? Well, they turned into a multi-million dollar mistake for brothers Troy and Josh Rodarmel, who later admitted it was a bunch of hooey. Eventually, the company filed for bankruptcy and agreed to a $57.4 million settlement over a class-action suite claiming the company had misled consumers.

But it seems the 30 year-old Josh Rodamel can claim his business venture was not all a loss. After all, he and Natalie Gulbis met through his company’s business relationship with the Sacramento Kings. We’re just hoping his marriage will last significantly longer than the Power Balance bracelet fad. 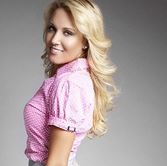