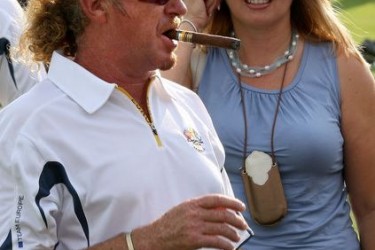 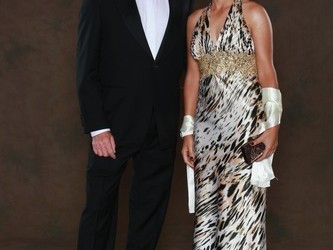 The Spanish golf pro married his new bride at, yup,… The Miguel Angel Jimenez Golf Club in Spain. That’s as strong a power play as a man can pull heading into a marriage, where those power plays all seem to dry up quickly.

Congratulations to everyone’s favorite European golfer. It’s good to have a splash of excitement in the game.

UPDATE: 09/27/2012: Man,… Miggy is a player. Appears he’s moved on yet again, and Miguel Angel Jimenez’s girlfriend Susanne Styblo was on full display as one of the smokier European WAGs and the Ryder Cup Gala. Jimenez is such a player, that we weren’t even aware that he’d moved on from Marian, say nothing about toting a new girlfriend to a very highly publicized and photographed event. I guess congrats to Miguel and I’m sorry to Marian? I’m not even sure what the polite thing is to say here anymore….

I know being an American I’m not supposed to like any of the European players, especially right around Ryder Cup time,…. but I can’t help myself with this guy.

Miguel Angel Jimenez has always been one of my favorite players. From the long hair to the cigar smoking I always envisioned Miguel as a true player both on and off the course. Judging Miguel Angel Jimenez’s wife Marian I don’t think I’m too far off. I was actually kind of shocked to find out that Miguel was married once before Marian and that she is his second wife. Why not just play the field??? I mean, you’re Miguel Angel Jimenez for Christ’s sake. I will say that wife number two is a major upgrade over the first wife. To paint a better picture we included pictures of his first wife Montserrat Bravo. Bravo is just the prime example of an early marriage before Miguel became a stud on the global golf scene.

I’m actually surprised it took Miguel so long to trade up. It could be due to the two children Miguel and Montserrat have; Miguel Angel and Victor, who are both teenagers now. At the 2008 Ryder Cup Miguel was with his first wife but by the time 2010 rolled around Marian was by his side. Sadly Miguel didn’t qualify for the 2012 European Ryder Cup team. The good news is that he was added as a late assistant captain for the European team so we will be blessed with the Spaniard puffing away at his cigars while riding the golf cart around the course. 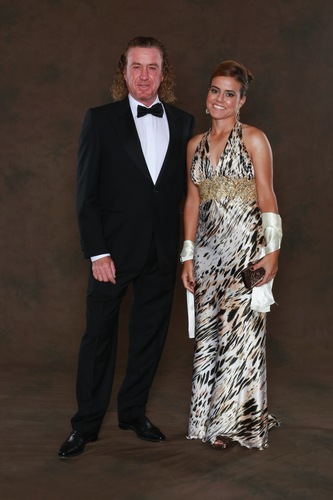