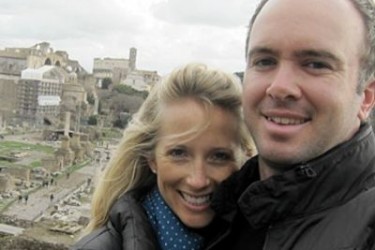 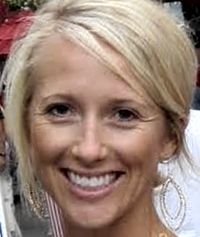 As a huge golf fan, right before each major, I tend to zero in on one player I’d personally like to see win the tournament. In the past this was based on say, a player I’d been following for a bit or maybe a guy who never seems to get it right on Sunday. More recently I’ve turned my attention to a bigger picture concept when it comes to picking my guy for a major; mainly who has the hottest wife or girlfriend (WAG). Call me simple minded if you must but I think we can all agree the world would be a better place if certain guys were in contention and we got to see some more of his wife or girlfriend. This time, I’m looking directly at Martin Laird’s wife Meagan Franks Laird.

I don’t know Meagan, hell I actually don’t know anyone we’ve posted on this site, but I feel very confident in saying Meagan would be the perfect girl for me. Start with the fact that she’s insanely hot but not in the porn star kind of way. Not that any guy (and by any guy I mean myself) would have a chance with her but I can also see how Meagan Franks wouldn’t be a stuck up bitch and brush off any guy who tried to talk to her. How did Martin Laird land this prize of a wife? Outside of the fact he’s a professional athlete, the couple went to Colorado State together. Martin and the future Mrs. Laird didn’t go on their first date until after college when both moved to Arizona but there was no separating the couple after that.

Something else I love about Meagan, she knows sports. Having worked in both the AFL and the NFL (and not as a cheerleader) I can only assume she isn’t a dumb blonde who cheers for players because they are on a reality TV show. As we hit the weekend play for the British Open I feel the entire Playerwives site needs to get behind Martin for the sole purpose of giving us a little more exposure to Meagan Franks Laird. 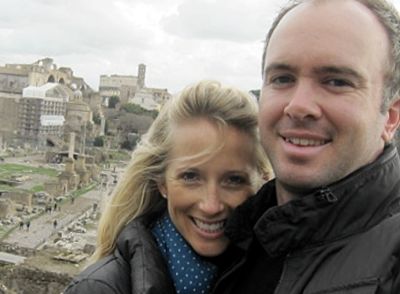