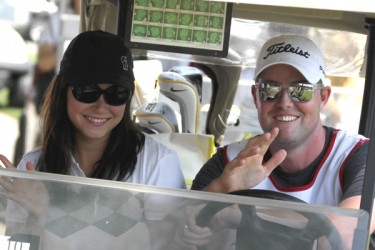 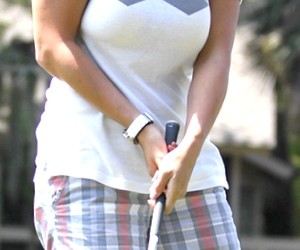 Look I don’t want to beat a dead horse on this one but there is something about that caddie outfit from the Masters caddie on a female that really gets me going. I think you could toss that on any woman and it would increase their attractiveness 50%. A perfect example is professional golfer Marc Leishman’s wife Audrey. In all the pictures I’ve seen of Mrs. Leishman she does nothing for me. Sorry, but she ain’t my cup of tea. However slap those overalls on Audrey and I’m in deep. Marc and Audrey aren’t the most famous couple on the tour. Marc, who is from Australia, hit the ground running on the PGA tour in 2009 winning the Rookie of the Year award. After his rookie year Marc didn’t do much on the course until 2012 when he won the Travelers Championship . Shortly after his rookie season in 2009 season Marc and Audrey married. The couple resides in Virginia Beach with their son Harvey. 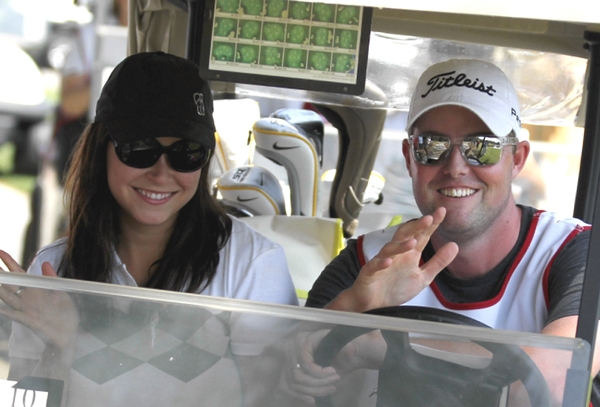