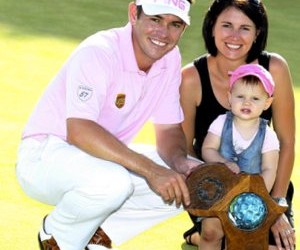 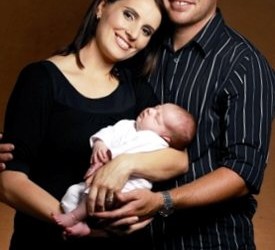 Wow, great timing here. We put this post up literally only hours before Louis Oosthuizen managed a double eagle 2 on the par 5 second hole at the Masters today. Or, as we prefer to call it, an Albatross. Pretty amazing either way. Given this jumped him from 7 under to 10 under, we’re thinking that Louis Oosthuizen’s wife has a good chance to meet him on the course after his victory, much like she did only a few years ago at the British Open.


We never realized how much good golf talent has come out of South Africa. From Gary Player to Retief Goosen and Ernie Els, South Africa has consistently produced some great golfers. Louis Oosthuizen continues that tradition. He broke onto the scene when he ran away from the competition to win the 2010 Open Championship (British Open) and right there to greet Louis after the win was his wife, Nel-Mare Oosthuizen. At the time British bookmakers had Louis as a 200-1 odds to win the tournament. Nel-Mare is from South Africa as well and graduated Stellenbosch University in 2000. The couple would eventually marry in 2007. Daughter Jana was born in late 2009 and Sophia was born in early 2012. Away from the course the family lives in Mossel Bay in Western Bay.
2012-04-08 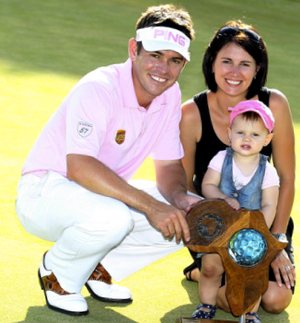