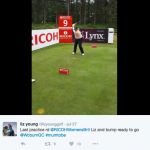 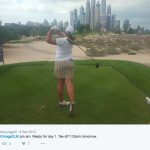 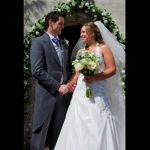 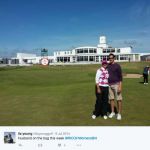 Liz Young’s husband Jonathan Young married her on April 19 of 2013. Then she gave him a job as a caddie. It makes it easier to golf pregnant when your husband is toting around the clubs! Liz drew headlines in Britain in July of 2016 for playing at the Ricoh Women’s British Open while seven months pregnant. She shot a 73 and was eliminated before the last rounds. Liz was born in Southampton and now resides in Lymington, Hampshire, England.

This kind of thing draws all sorts of media attention in England. People are fascinated by pregnant women doing physical stuff. Liz Young’s husband Jon has a brother named Martin Young who plays amateur golf and was in the lead at one point during the England Mid-Amateur Tournament. As you might imagine, the couple travel everywhere in order to participate in tournaments. In January, they flew all the way to Australia. Liz complained about the crowd in the airport and said she wished she had a gold card to bypass the lines. In December of 2015, they found themselves in Dubai for a tournament in the desert. These guys get around.

Liz is a big golfing fan as well. She’ll sometimes talk about other golfers such as Amy Yang. She posted about how Amy shot a birdie on every hole of the back nine of the KEB HanaBank Championship. Liz Young’s husband Jonathan is more of a soccer fan outside of his wife’s activity. He posts when his favorite team, Southampton FC, scores big goals. Everything these guys do is about golf, for the most part. Their life revolves around Liz and her involvement with the LPGA. The baby is going to throw things off of that path for a little while. I bet it won’t take long before Liz is back out there on the course. Maybe Jonathan will stay at home and retire from his caddie duties while Liz brings home the bacon. 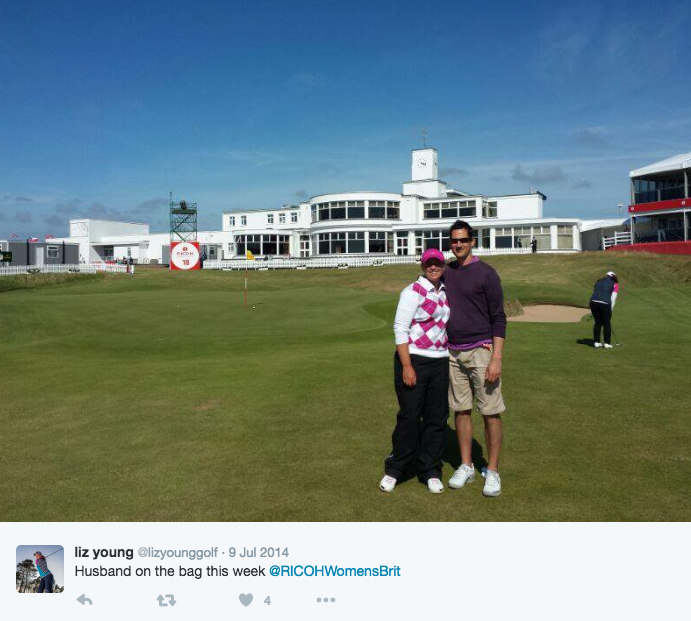