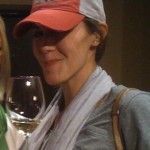 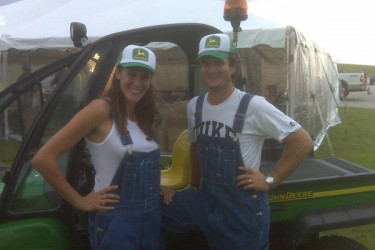 Kevin Streelman’s wife Courtney Streelman (formerly Courtney Caples) is a bit of an accomplished athlete herself. Courtney grew up Tuscaloosa, AL and graduated from Central High School as the captain of the swim team. After finishing high school, Courtney attended the University of Miami for two years and then finished up at Arizona State. Her events included the breast stroke, individual medley and free.

While Kevin is a very religious person, how he met his wife is anything but. Kevin and Courtney first met at a breakfast counter in Las Vegas. The couple dated for roughly four years and were married in Marco Beach, FL on May 25, 2008. During their dating years, Courtney estimated that she saw him only once a month. Being the wife of a PGA pro has its perks, these days Courtney now attends upwards of 90 percent of his events. She even caddied for him at an event once, when a scheduling conflict prevented his regular caddie from attending.