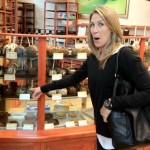 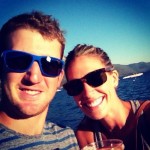 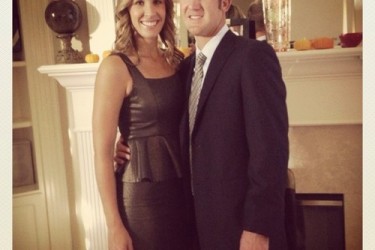 Look no one is going to confuse Kevin Chappell for a top ten golfer but I think we all would be doing ourselves a huge favor if Kevin was to make a leap and win a big tournaments soon. Why do I want to see Kevin hoist a trophy at the end of a tournament? Mainly to get a better look at Elizabeth Petrie, who just so happens to be Kevin Chappell’s girlfriend or fiancee.

Since Kevin is virutally a no name, having only won a single tournament (on the Nationwide Tour), there aren’t a lot of great pictures of Ms. Petrie. Even still, with the few I found (thank you twitter!) I’m very much intrigued to see what the deal is with her. I think I’m on board with Elizabeth Petrie but I’m not 100% committed to this yet, I just need to know more before i make that jump. If Kevin happens to win a tournament I can guarantee Elizabeth will be waiting for him on the 18th and boom, she will blow up like the godfather.

I mentioned above that Elizabeth and Kevin are dating for sure but might also be engaged. Couldn’t find anything to confirm they are engaged but I did find a wedding registry for September 28 of this year under their name. September 28 would be a prime date for a golfer to get married since that is right after the last major event (The Tour Championship) and a week before the President’s Cup (which I’d be shocked to see Kevin qualify for). So I’m feeling confident in saying the two are engaged. Looking at Ms. Petrie’s twitter account I think we have a full on sports fan on our hands. She has reposts from many sport celebrities and media types and basically nothing else outside of a Blake Shelton post asking if he qualifies for legalized marijuana in California. So here is to hoping that very soon we get to see Kevin walking off the 18th green with a title and finding out a little bit more about his girlfriend/fiance Elizabeth Petrie. 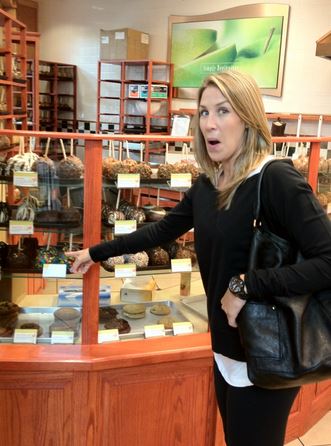