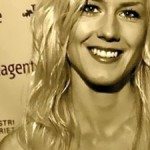 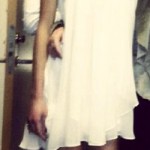 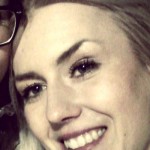 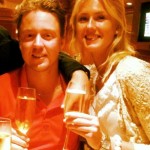 Even though you are likely here looking for Jonas Blixt’s girlfriend, we need to be upfront about something. We felt it necessary to bend the rules slightly with PGA golfer Jonas Blixt. Jonas currently is living the bachelor lifestyle and rightfully so. He hasn’t won any major titles yet, so wait until you hit it big, cash in with every girl imaginable, and then settle down. That big win could come as soon as this weekend with Jonas in contention after three rounds of the PGA Championship.

So why are we posting something about Jonas if he has no girlfriend or wife? That answer is simple my friends, let me introduce you to Jonas Blixt’s sister Caroline Blixt. Caroline first came on our radar after Jonas took home the Frys.com Open. Judging by her pictures I believe Caroline is the younger sister of Jonas. Although originally from Hammar, Värmlands Län, Sweden, Caroline Blixt currently lives in Madrid, Spain and attends college at the Universidad Alfonso X el Sabio – UAX. She works at a cafe called Skärets Krog & Cafe (though we’re not sure why Jonas doesn’t simply pay for her every expense so that she can concentrate on being smoking hot).

We might all be better off if Caroline becomes a regular in Jonas’ entourage during tournaments. I mean can you imagine Jonas pulling off the PGA Championship, Caroline being there and just dominating the headlines over her brother with people scrambling to figure out who she is. Seriously when was the last time a sister made more noise than the athlete himself? Caroline could become a trend setter here if Jonas holds up his end of the bargain and plays well. Is it out of the question that if Jonas makes it big Caroline rides his coattails and moves to LA where she becomes party friends with Paulina Gretzky? Sky is the limit for Caroline on this one. 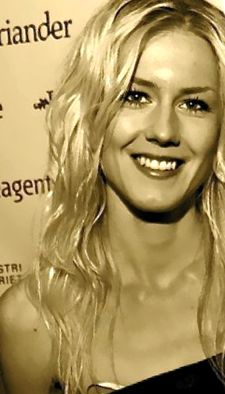