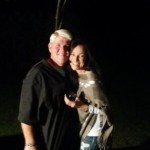 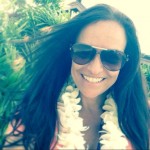 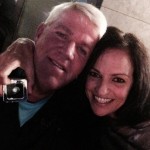 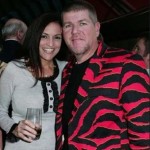 John Daly’s girlfriend Anna Cladakis is engaged to big John and after seven years of dating is about to become John Daly’s wife. The couple posted pictures of the engagement on December 4th and plan to wed next year. Anna looks like a big win for John, and I wouldn’t be surprised if this is the one that sticks. I say that because (gulp) John has been married four times before. You’ve got to figure a guy with the nickname “Loudmouth” might be a little hard to handle in a marriage, right? Well, it looks like this might be the one that handles him.

John first met his girlfriend Anna when she was the promotions director for Hooters. John had a deal with Hooters for an endorsement, and Anna was likely the one to tell him the fine details of what he’d be doing. I think part of that dynamic has stuck around and really worked for the couple, as Anna has become his business partner. She has also served as his caddie from time to time– a fact that some media outlets have latched onto and used as a tagline for the marriage: “Daly to wed his caddie.” I think they’re missing the point. Daly describes Anna as his soulmate and best friend, and I suppose if you’re jumping back into nuptials for a fifth time, that’s the kind of relationship you want to make sure you’ve got.

John and girlfriend  Anna, according to John, are intimate very often. He gave an interview to Playboy magazine in which he describes their love life. I will save you the details so that your gag reflex won’t kick in, but suffice to say that he believes himself to be a “nympho” in his own words. Well, that can’t hurt, right? Nobody wants to see the guy’s number of marriages to exceed his number of Masters wins. 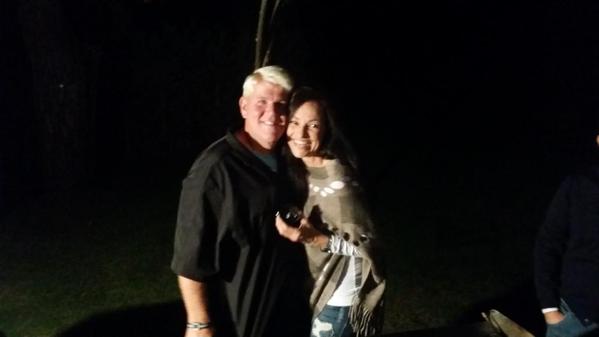