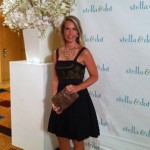 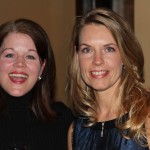 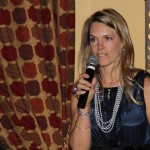 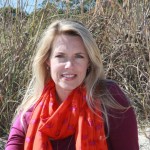 Jeff Maggert’s wife Michelle Austin Maggert was tending bar at a private party for the catering company that she worked for, when she met Jeff Maggert. Jeff was married to Kelli Maggert at the time, but the couple was going to marriage counseling because they had trouble talking to each other. You see, Jeff and Kelli Maggert met at 16, married not too much later and were a classic case of opposites attracting. Jeff was shy and introverted to Kelli’s outgoing, bubbly personality. Those differences eventually became too much for the couple to bridge, and Jeff surprised Kelli and their two children, Matt and Macy Maggert, by asking for a divorce.

Very soon thereafter, Jeff Maggert began showing up at tournaments with his new girlfriend, the bartender from the private party – Michelle Austin. The couple has been together since then and has two twin children together (whose birth he was able to be present for, thanks to skipping a Ryder Cup). Michelle Maggert owns and operates a Stella & Dot business (we have no idea what this is) and also does the requisite athlete wife charity work.

To her credit, Jeff Maggert’s ex-wife Kelli Maggert doesn’t appear to hold a grudge about the divorce, saying:

This is probably as good as a divorce could be. He’s spending more time with the kids. I now see Jeff more the way other people do, as aloof and uncommunicative. In the long run, I think Michelle and I will talk more than Jeff and I ever did. She’s a communicator. 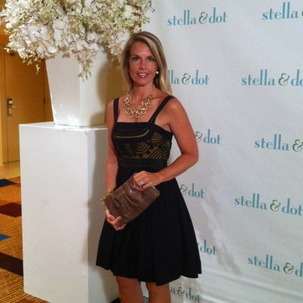