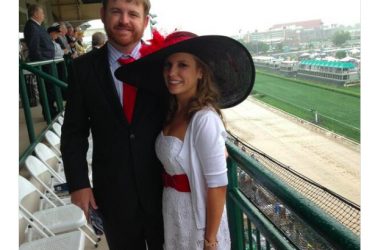 JB Holmes’ wife Erica Holmes must’ve been pretty freaked out about her then boyfriend’s brain surgery.

Brain surgery?  Anyone’s wife would be freaked out

Back in 2011, Holmes started feeling dizzy and withdrew from the PGA Tour.  During his time away, he tried to get answers about what he first figured was just an ear infection. He and Erica later learned that it was something called a Chiari malformation.   For years, we’ve had this post up trying to blogger-splain to you what that meant.  Since then, we recognize we’re idiot gossip bloggers.  So, courtesy of WebMD.

Chiari malformations are usually caused by structural defects in the brainand spinal cord. These defects develop during fetal development.

Due to genetic mutations or a maternal diet that lacked certain nutrients, the indented bony space at the base of the skull is abnormally small. As a result, pressure is placed on the cerebellum. This blocks the flow of the cerebrospinal fluid. That’s the fluid that surrounds and protects the brain and spinal cord.

Yeah.  I’m still lost.  In essence, the restricted flow of cerebrospinal fluid was causing his brain to get squeezed, and that was affecting his motor skills. Bad news, but he got an operation and had some titanium mesh fitted onto his cranium.  All good now.

The LA Times Chronicled the rebound

As Holmes came back to consciousness after surgery Sept. 1 to address the debilitating effects caused by something called Chiari malformations, the first thing he said to his Johns Hopkins doctor, George Jallo, was:

“Don’t forget to call your wife.”

For those nearby, including Holmes’ girlfriend, Erica Kalbhin, and his parents, Maurice and Lisa Holmes, that was the sign that the good-natured, Kentucky-reared pro golfer was on his way to recovery.

You can imagine how awesome it must have been for JB Holmes’ wife Erica Holmes when he beat everybody in the 2008 Tavistock Cup, earned $500,000 and bought a house in Isleworth, Orlando. It’s also where Tiger Woods was living at the time, and apparently there’s a lot of other pro golfers living there. I guess the place offers a huge amount of golfing variety? Erica apparently had a heckuva’ time wrenching JB away from his beloved Kentucky, but the weather is better in Orlando than in Kentucky. Apparently JB had played there once in college and made the decision that he’d move there if he ever got on tour and started making the big bucks.

We’ve all seen versions of the Newlywed Game before, and the PGA Tour has an online series doing the same.  JB and Erica took their turn in the loveseat to go under the microscope. 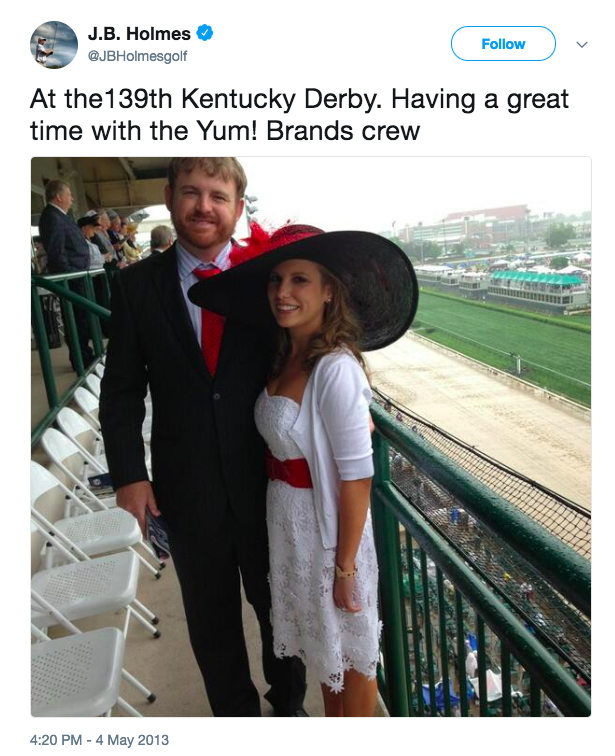