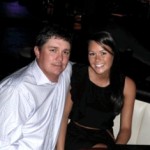 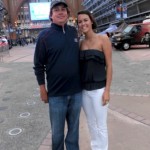 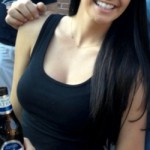 Jason Dufner’s wife Amanda Dufner has become a bit of a celebrity after Jason’s victory at the 2013 PGA Championship. With the cameras rolling, Jason gave Amanda a hug and a few love taps on the rear. Jason’s victory at the PGA Championship was no surprise, as he’s familiar with the pressures of the tournament. After choking away a sure victory there in 2011, Jason clearly learned from his mistakes.

Just days after winning the Zurich Classic, Amanda Boyd became Jason Dufner’s wife when the couple were married at the Fountainview Mansion in Auburn, AL. Jason won the Zurich Classic yesterday in a playoff with Ernie Els and Amanda was there to congratulate him. As their wedding was mere days away, Jason was understandably focused on that as well as his victory, saying:

It helps with paying for the wedding, obviously. They’re a little more expensive than I thought or had imagined. It’ll be a big celebration not only for our marriage but also for my first victory out on the Tour.

Once the 2012 Masters wrapped up Jason and Amanda Boyd put the finishing touches on their wedding in Auburn. In what will surely make fans of both sides of the rivalry cringe, Jason went to Auburn and Amanda went to Alabama. I can safely tell you that type of a relationship is not very common down south!

Amanda and Jason have both been involved with charities including Jason’s “Birdies for Bama.” Amanda has also been involved in a number of PGA Wives charity drives, seen close to home for us when she volunteered to help pack over 2,000 bags of food for the Greater Boston Food Bank at a Massachusetts tournament last September.