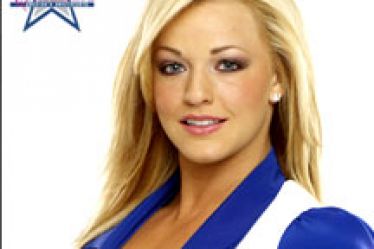 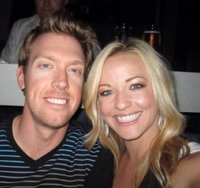 Hunter Mahan began dating Kandi Harris in December, 2009 and the couple was engaged in June 2010 at Pebble Beach. Hunter and Kandi were married in January, 2011.

In case you didn’t know, Hunter Mahan’s wife Kandi Harris is a former Cowboys cheerleader, as well as a former Dallas Mavericks dancer.

At the 2010 Phoenix Open, Mahan noticed that his driver was cracked and he wouldn’t legally be able to use it to tee off on the next hole, which happened to be a par 5. Instead of clubbing down and using a 3-wood, Mahan sent his cheerleader wife back to the car to get him a new driver. PGA Tour officials followed her to the car to ensure that everything was on the up and up, and Kandi returned before Hunter had to tee off on the next hole with a fresh driver. Mahan went on to win the tournament with the assist going to his ridiculous trophy fiancee. 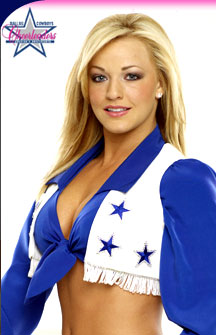