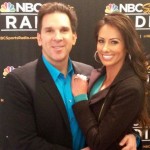 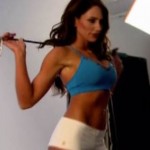 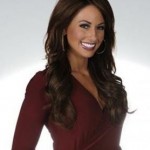 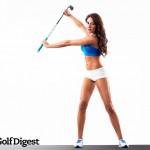 I know it, you know it, and the golfing world knows it.  Golf Digest knows it, and decided to put her on the cover and in the pages of it’s fitness issue next month with an in depth feature on golf yoga, and other methods to get in the best shape possible for the upcoming golf season.

Holly Sonders’ boyfriend Erik Kuselias knows it, and wasn’t afraid to talk about it (constantly) on the set of their Golf Channel show, The  Morning Drive.  While that would be all well and good, it probably wasn’t all well and good for his wife at the time.  Kuselias and his wife have since split up, after she hired a private investigator to get more dirt on Kuselias’ bad habits at work (reports circulating that he was involved with another co-worker (besides Sonders) when his wife called things off).

After publicly meeting and flirting, Sonders and Kuselias advanced things, and news came out in May of 2012 that Holly Sonders is going to marry Erik Kuselias.

The 26 year old smokeshow is going to marry a man in his mid forties, who is divorced amidst a flurry of rumors over infidelity.  The woman who is demonstrating golf yoga poses in hardly anything for the entire world of affluent men who think they can swing the sticks and could choose from almost any of us,… has chosen Erik Kuselias.

In fairness, we’ll give Kuselias credit that he’s got a cool resume.  A mensa member, Kuselias has handled a number of TV and radio gigs across different specialties and done it pretty well.  After being removed from Morning Drive after his engagement to Sonders was announced, Kuselias has been part of a few different shows  (and I’m personally a fan of Fantasy Football Now).  Kuselias also played high school baseball in Connecticut with Mo Vaughn, Jeff Bagwell and Brad Ausmus.

As for Sonders, she continues to host the Morning Drive  even after Kuselias’ removal.  A graduate of Michigan State, Sonders was a member of the 2007 National Champion squad, Sonders has also been a regular on School of Golf on the Golf Channel. 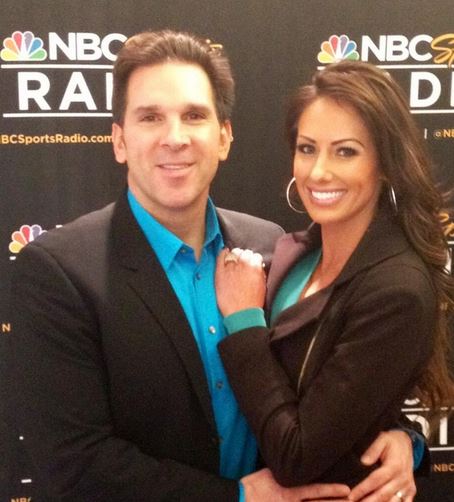