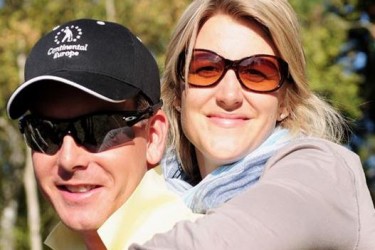 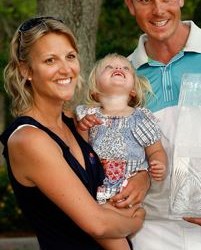 Henrik Stenson’s wife Emma Lofgren has proven a long held theory that I’ve carried. And that theory is that Swedish people are boring.

Now, don’t get us wrong. There is an undeniable boatload of talent (and attractiveness) that comes from Sweden, especially athletes and models. From Peter Forsberg to Mats Sundin to Elin Nordegren, there have been plenty of great Swedes, but it seems like everyone lacks a bit of a personality (ABBA would be the one exception of course).

Henrik Stenson is a perfect example. Great golfer, extremely consistent, but there is nothing to him that makes him stick out.  Now, if he manages to pull of the 2016 British Open, we can certainly edit that paragraph.  I was hoping Henrik Stenson’s wife Emma Lofgren might be the exception.  Alas, she is your typical Swedish blonde with the added bonus of being a talented athlete (again, nothing wrong, but nothing spectacular either).

Growing up Emma Stenson was an extremely good alpine skier, but ultimately ended up focusing on golf as her sport of choice. She went to college at the University of South Carolina playing golf the entire time. It was there, that the two golfing Gamecocks met and began dating. Sharing the common bond of golf and Sweden, the couple quickly hit it off, married in 2006 and had two children, Lisa and Karl. Again nothing outside the box here, aside from ya know, both Henrik and Emma being insanely talented individuals with relatively good looks.

Maybe I’m asking for too much here but what would it take to find the Dennis Rodman of Sweden? Does Elin swinging a 9-iron at Tiger’s head count? Probably not. For now I’ll have to settle for Mr. Consistency Henrik Stenson and his good looking but not drop dead gorgeous wife Emma. 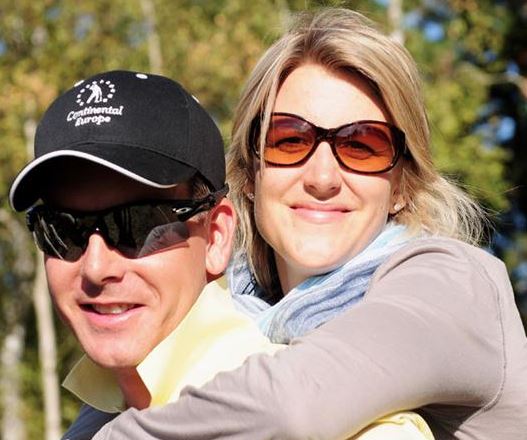