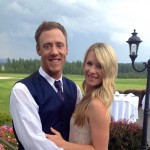 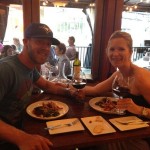 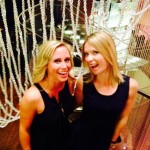 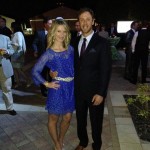 Graham DeLaet’s wife Ruby DeLaet is a schemer, and he’s probably thanking her for it too.

According to Ruby, she first met Graham when she was a bank teller, assisting him in check deposits. Apparently she’d always try to be the teller who attended to him when he came in, but he was so shy that he’d avoid her. Then later she hatched a plan to hang out he was staying at her best friend’s place. Well, she eventually got her man.

She’s probably not the biggest fan of visiting Graham’s hometown of Weyburn, Saskatchewan. The rural and emphatically cold town was a solid place for DeLaet to practice his swing, one of the more powerful in the PGA. He took both the 2005 and 2006 Saskatchewan Amateur tournaments before his PGA rookie season rolled around in 2010. Injured for most of 2011, he recovered well in 2012, making $657, 694. Last year was also respectable, and now that Graham’s back injury is cleared up, he’ll be looking to make an impact.

Ruby and Graham both went to Boise State and have been married for about six years now. Ruby’s got a good sense of humor, as any of her twitter followers can see. She’ll post pictures of Cosmo Magazine next to a bottle of wine when her husband goes off to hockey games, claiming she’s got the night covered. Ruby also travels with Graham for almost every match to stave off loneliness. She’s got it covered indeed.