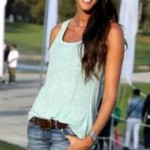 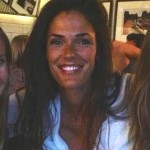 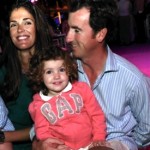 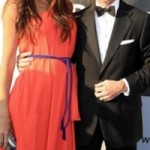 One hand feeds the other. This post has nothing to do with Gonzalo Fernandez-Castano’s chances at the U.S. Open this week at Merion, and everything to do with Gonzalo Fernandez-Castano’s wife Alicia Carriles. Gonzalo is currently sitting in the top ten heading into the final round he has a lot of strokes to make up, as well as quite a few players in front of him to even think of sniffing the title. Despite this, the top 10 standing makes easy fodder to talk about Alicia Carriles.

Call me crazy but I think our boy Gonzalo did pretty well for himself and when I say that, I’m using code for he married way out of his league when he married Alicia. I understand he’s the athlete and athlete’s can bang anyone they want but this particular relationship just isn’t working for me. Looking at Alicia I’m thinking she is the athletic type which most likely is what drew the couple together. When Gonzalo won the 2006 BMW Asian Open he proposed to Alicia on the spot after the win. How does that happen? Was Gonzalo planning on proposing that weekend win or lose or did he got so caught up in the moment he just went with it? Gonzalo and Alicia married shortly after the proposal and have three kids, two of which are named after each other. The third is named Lola which for all we know could have been the same name as the family dog. One last interesting tidbit is Gonzalo’s Twitter feed, @gfcgolf. He’s extremely active on Twitter and switches back and forth between Spanish and English. 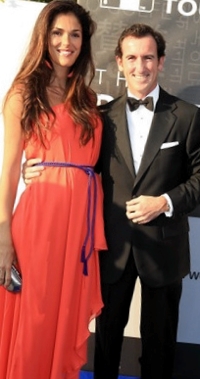