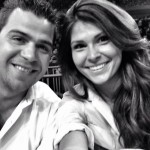 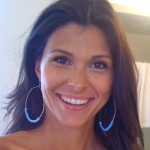 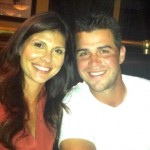 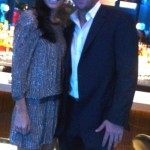 Gary Woodland’s wife Gabby Granado may breathe a small sigh of relief.  And why’s that?  Because although he’s one of the biggest mashers on the tour, he’s not quite a nationally known/stop you in the supermarket kind of player yet.  But, I have a feeling it’s coming.  Woodland is sure to make his mark sooner rather than later.

Gabby Granado gave birth in 2017, to the couple’s only child, a son Jaxson.  However, this blessing was accompanied by terrible heartbreak.  After announcing they were expecting twins on social media, Gabby suffered a miscarriage to one of the children.  Gary released a statement on his Twitter revealing the news.

Gary did admit that 2017’s struggles didn’t end with this loss.  Gary talked to the Golf Channel about some of the struggles.

“Every off week since the Match Play my wife or my kid has been in the hospital,” he said at East Lake following a 67 that left him tied for sixth place. “The only week he wasn’t in the hospital we had to evacuate Florida, so it’s just been no off weeks and that’s been tough.”

Jaxson has turned a corner and things have progressed since.  A blessing for a family that could use one.

Gary Woodland’s wife has been the constant in his life for years.  The family is currently living together in Orlando, FL.  Before Jaxson arrived, Gabby traveled with Gary to half of his tour stops.  The rest of the time, she would stay home to hold down the fort and be with the dogs the rest of the time. Gabby was the first point of contact at the 2012 Masters when Gary felt something go awry in his wrist, when he sent Gabby from the gallery to go find his personal sports therapist.

Let’s call out what everyone else is thinking!

If you look at Gabby Granado, one might notice a certain gap in looks between the two (OK, that’s a long way to say Gabby Granado is really hot). However, even before he was a PGA Pro, Granado has her reasons for hitching her wagon to Gary Woodland telling the Tampa Bay Times,

“He’s the most confident person I’ve ever met. It is set in his mind, he just knows, that he will be No. 1 in the world. He’s constantly working to be the best in the world, and he’s not going to stop until he’s there.”

Sounds to us like we’ll be seeing that celebration on the sooner rather than later. 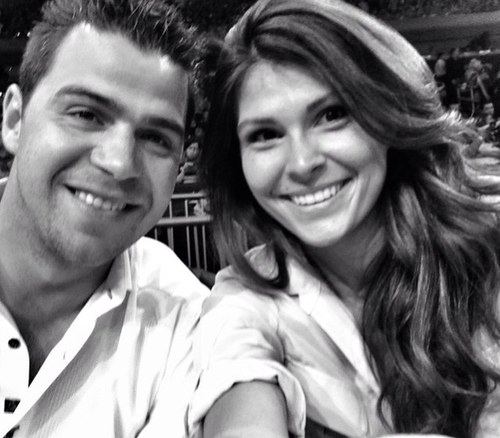