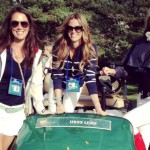 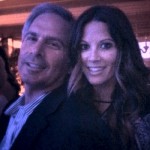 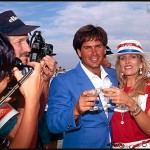 We know you’re here about Fred Couples girlfriend history.  But, indulge me for a moment. We wrote the following paragraph in 2012:

It wouldn’t be Master’s weekend without hearing the name Fred Couples. Somehow, despite not being a regular on the PGA Tour, Fred always seems to pull a good round out of nowhere in Augusta. Like clockwork Fred is sitting on top of the leaderboard after two rounds in 2012.

This literally could have been written just about any year, including 2018.  It might be a pretty safe bet to say he won’t win.  But, it’s always good to see Fred and his picture perfect swing on Saturday and Sunday at Augusta. Covering Fred Couples’ girlfriend and ex-wives isn’t an easy task, so let’s dive in.

Nadine Moze has been hanging out with some pretty big name WAGs. From Lindsay Vonn to Amy Mickelson to Amanda Dufner, Nadine’s position as Fred Couple’s girlfriend has her moving up in the world fast. Nadine, originally from Brookfield, Wisconsin, is a hair stylist working at The Loft Salon in Downtown Manhattan Beach nearby where she lives in Hermosa Beach, California. It’s tough to tell if these two are still together, but it’s the most recent relationship Freddie took public.

Midge Trammell is the most recent woman attached to Freddie Couples arm.  Midge is a stylist in central Texas area for more than a decade now.  She’s had stops in San Antonio, Dallas and Austin in her career.  She currently works at a high end salon, Mirror Mirror for the past five years.  Her bio reads:

Midge, aka the Blonde Whisperer, was born in San Antonio and began her styling career in 2005. She has rocked the styling world from Dallas to Austin for the past thirteen years not only with her scissors but her amazing laugh and infectious personality.

Midge joined the elite team of stylists at Mirror Mirror in 2013 and has truly risen to be a senior stylist with talent that will blow you away. Her signature foiling techniques and “Texas blowouts” keep blondes coming back in numbers. It’s not just blondes sitting in her chair, Midge has a bustling clientele of Austin’s most stylish men and women with all types of hair.

When she’s not at the salon, she can be seeing prancing around Austin in a pair of her trademark heels and checking out the latest restaurants with friends. She exudes style and truly loves giving client exactly what they want.

Fred and Deborah meet while in college at the University of Houston. At the time Fred wasn’t on the fast track to becoming a big-time name on the PGA tour. Sure he had talent but hadn’t quite put it together. The couple married in 1981 and slowly Fred’s golf career took off. Eventually Fred began winning tournaments and the money began to roll in, which some might argue as the root of all the issues between Fred and Deborah. Eventually the couple split. Deborah claims it had to do with an affair (one that Fred admits too) while Fred blamed the divorce on his ex-wives obsession. Fred went so far as saying in court, “If she had not gone overboard in polo, we would probably still be married.” The messy divorce turned tragic when Deborah committed suicide in 2001 by jumping off a 70-foot building.

Eventually Fred would remarry, meeting Thais and marrying in 1998. While the couple didn’t have any kids Thais had two kids from a previous relationship, GiGi and Oliver.  Thing eventually went bad, much like Fred’s first relationship.  While no formal divorce was ever finished the couple was separated late in their relationship. Fred tried to make things work with Thais, even taking time off from golf to be a husband, things never totally clicked. In 2009 Thais passed away at the couple’s home from breast cancer, while Fred played golf. We’re certainly not passing judgement or in any way trying to make Fred out to be cold hearted but this quote is very strange. “There’s not much I can say. I’m not really welcome up there. So I decided to play.” 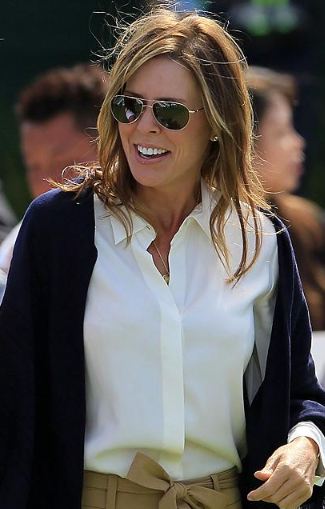