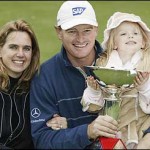 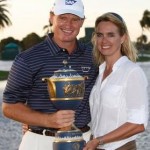 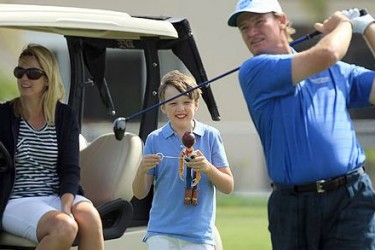 Is there anyone out there surprised when they see Ernie sniffing the leader board of a major championship? Since he won the PGA Tour rookie of the year in 1994, Ernie has always been a threat to win any tournament he enters. Shocking that The Big Easy is only 42, I would have guessed he’d be closer to 50 than 40.

Probably the only thing steadier than his golf game is Ernie Els’ wife Leizl Els. Ernie and Leizl Els, who married in South Africa in 1998, split their time between South Africa and Jupiter, Florida. The main reason the couple splits their time between the two locations is their son Ben. Born in 2002 Ben was diagnosed early in his life with autism. Once Leizl and Ernie got the news they immediately realized they had a new cause in life. Ernie and Leizl started the Els for Autism Foundation in 2009 to raise money and awareness for Autism. The goal of the foundation is to raise $30 million to create a a state of the art facility for autism research and therapy. In 2010 Leizl and her daughter Samantha climbed the highest peak in Africa, Mt. Kilimanjaro to raise money for the foundation. 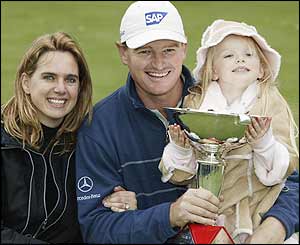