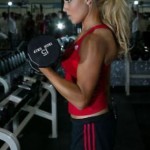 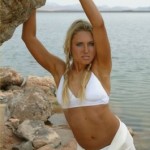 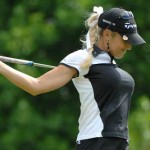 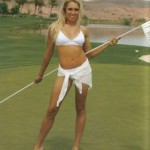 09/25/2012: We said maybe….
Appears our initial trepidation was just as it appears that Johnson and Gulbis are no longer together. With the Ryder Cup gearing up to begin this weekend, if Johnson has a new girlfriend, she will definitely in attendance at the opening ceremony where all the wives are paraded around in full gowns. We’ll keep an eye out.

We’re nothing if not totally upfront with our readers. And in the name of being upfront, we’ll admit we’re not entirely sure what the truth is about these two and their rumored relationship. There are a lot of flat out contradictory stories floating out there about these two.

Back in 2011, American golfer Dustin Johnson was rumored to be dating one of the best looking female golfers, Natalie Gulbis, or at least we thought they were dating. This all seemed to take place at the tail end of 2010 and into 2011. There were rumors the two were dating and Natalie was seen at a few of Dustin’s golf tournaments. Now call me crazy but you don’t see a lot of professional female golfers frolicking around at PGA tour events, unless of course you are with one of the golfers.

Eventually, Golf.com caught up with Natalie at a tournament and she confirmed the relationship, but was apparently only speaking for herself. Immediately after that Dustin issued a statement that they pair was in fact not dating. While admitting the couple had spent time together he stated that in no way where they dating. After that the rumors slowly started to fizzle. As of the end of 2011 it didn’t appear Dustin was with anyone. I’ve looked at far too many pictures from the 2011 Presidents Cup and have yet to see a picture of Dustin with anyone outside of Tiger, the only other single guy at the tournament (actually, who better for a single dude to hang out with? That might not have been a bad thing for Dustin).

So you can understand our reason for question. At the very least the rumors give us a reason to post pics of Natalie. You’re welcome. 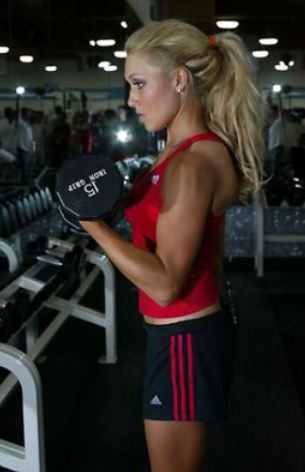