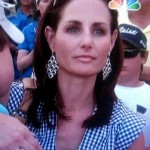 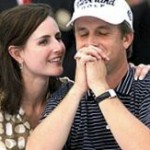 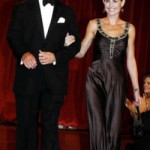 There are many occasions when writing posts for the site that I wish I’d tried a little harder at sports when I was younger. Not that I’m doing all that bad in the ladies department myself but imagine what I could have done with a little more athletic ability. Case in point is Mr. David Toms. Now I’m not saying David isn’t an attractive man. I’ll let the ladies that read this site be the judge and jury on that issue. What I will say is he knocked one in the hole with his wife Sonya. Now this poll is a little outdated but in 2003 Sonya finished number three in a SI poll about who had the hottest girlfriend/wife on the tour. I don’t think I’m going out on a limb when I say that despite the poll being almost 10 years old Sonya is still an easy top 5 finisher if the poll was taken today.

Sonya is a Louisiana native who went to LSU-Shreveport. When David and Sonya met he was nowhere close to being the accomplished golfer he is now. I’d like to give David created for grabbing Sonya before he was famous but I have to believe Sonya could see down the road that this golf hobby was going to take off. While Sonya says she isn’t or I should say wasn’t a big golf fan she is very active in the golf community. Along with being an active member of the Tour Wives Association Sonya also works on her husband’s charity, the David Toms Foundation (another incredibly creative charity name). The David Toms Foundation raises money and helps at risk boys and girls.

David and Sonya have been married for over 10 years and have a son Carter and a daughter Anna. 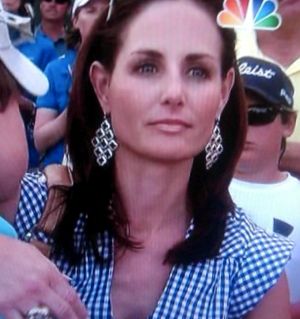