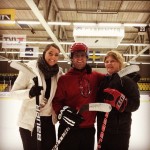 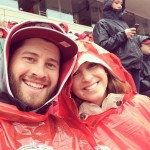 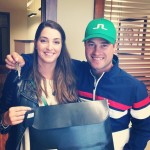 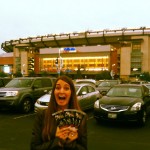 David Lingmerth’s wife Megan Lingmerth met him while they were both attending the University of Arkansas, and the couple were married in early November of 2013 in Florida. Megan’s family lives in Kansas City, and she happens to be a Chiefs fan. She has dressed up in full Chiefs attire (which includes her and everyone else wearing Chiefs t-shirts and/or player jerseys) when they go to a game. Going to football games also extends to attending Patriots games in Foxboro, Massachusetts too because David, Megan, and David’s parents were at a game close to a couple months ago there.

The couple is also no stranger to ice hockey, and they frequently attend games and have even been to Nationals Park in Washington D.C. in the Winter Classic series. It’s pretty cool to see hockey played in the baseball setting. David Lingmerth’s wife will generally go to all the sporting events he’s interested in, and she’ll even lace up a pair of skates and play hockey with him. They did that very thing in Sweden when David was visiting family there. Never forget that Swedes are like the chameleons of American immigration, passingly seemingly undetected through our population and speaking our language even more fluently than we ourselves can speak it. They give themselves away when they lace up their ice skates and outperform us though!

David and Megan became homeowners less than two years ago in Florida, and they commemorated the occasion by having a snapshot taken right after their closing of the property. David has his arm around Megan and is holding the keys to their new house. Having just recently become a homeowner myself, I know what a cool thing it is so I congratulate them. David Lingmerth’s wife spent about a year with David as a professional golfer before they bought their first place, and they were renting in Jacksonville Beach, Florida during that time. They also spent time in California in Palm Springs where David got his rookie orientation done for the PGA Tour. 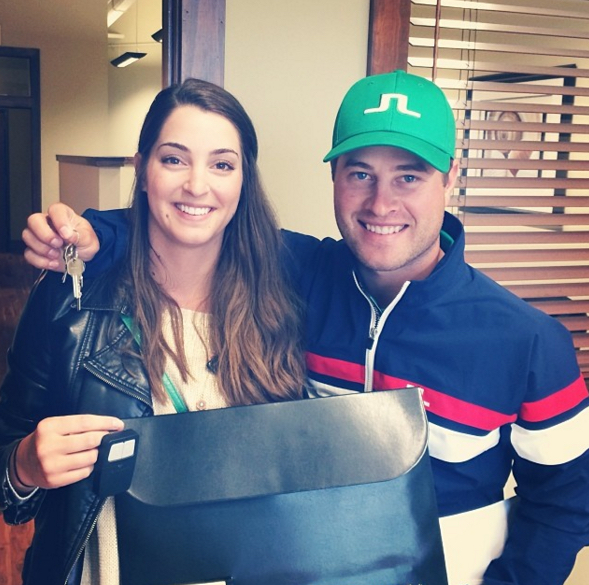