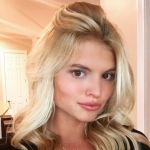 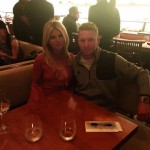 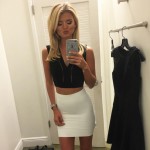 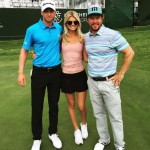 Daniel Berger’s girlfriend Tori Slater is a hot, slender blonde lady from South Florida. When I think of South Florida, I think of one thing: hot, slender blondes. She’s got close to 9000 followers and is already doing little advertising spots for fashion designers. She was in Santa Monica six weeks ago, where she posed for some pictures in a custom dress. Daniel and Tori were in the Los Angeles area to spend time at the UCLA Medical Center with a cancer patient.

It was certainly cool when Daniel Berger’s girlfriend got to hang with Mark Wahlberg as they apparently all played a round at the Riviera Country Club. She looked pretty giddy about the whole thing. I wonder if you compared the number of shots of Daniel to the number of shots of Tori’s delightful young pup, Kai- who would win? My money’s on the dog. Kai is a really photogenic chocolate labrador. He’s not really made out of chocolate. He’s brown-colored, for those of you who have never heard of a chocolate lab. Tori is totally enamored with him.

Tori (short for Victoria) and Daniel have been dating for about a year. She hits the driving range on occasion when Daniel is practicing, and a lot of their off-time is spent going to restaurants and bars, drinking white wine. Daniel Berger’s girlfriend has said her favorite meal is a summer salad, which is essentially a light greek salad with strawberries. Before Tori met Daniel, she was doing mostly all the same stuff like traveling to California, posing with cute puppies, and modeling. I wouldn’t exactly call her a professional model because she doesn’t do magazine covers but I would say the camera likes her. She previously spent time in Seattle and has traveled to Rome in the past couple years. She even took a picture driving an expensive Ferrari when she was in Rome. 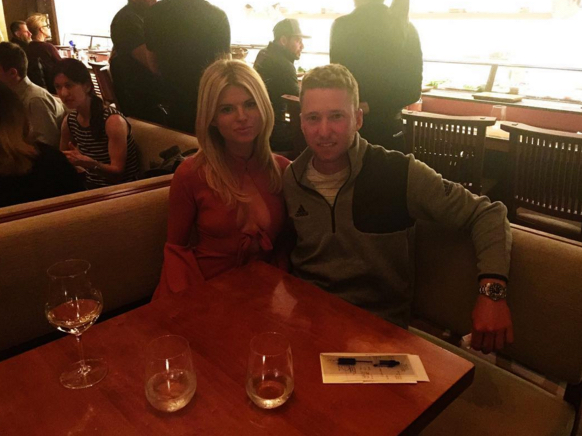