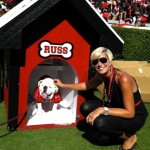 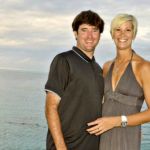 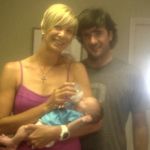 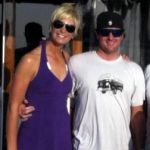 Bubba Watson’s wife is originally from Canada where she grew up in a very religious family. The former Angie Ball was a great basketball player in Canada. She eventually took her talents to the University of Georgia to play on the women’s basketball team. After a few stints overseas, Angie did get her chance in the WNBA but her career was derailed by injuries. The 6’4″ Angie retired from basketball and would eventually become Bubba’s manager for a period of time.

Bubba Watson’s wife has been in the picture since college

The couple met while both were in college at University of Georgia. The couple dated in college but it wasn’t until 2004 that Bubba and Angie were married. In 2009 Angie and Bubba had a major health scare. Doctors found a tumor on Angie’s pituitary gland, but after going for a second opinion, the couple learned that it was benign and that Angie did not have cancer.

Master’s Sunday in 2014 had to be an exciting day for Bubba Watson’s wife Angie Watson. As Bubba was walking down the 18th green on the way to his second Master’s Championship, CBS broadcast was quick to remind that Angie was finally there to celebrate this one with him. When Bubba first won the Green Jacket, Angie was unable to be there in Augusta with him. The couple had just adopted their first son, Caleb and Angie was home taking care of family affairs.

During the 2014 Match Play Championship, Bubba Watson’s wife had an incident with an errant fairway shot. That would be a story on it’s own, but the errant shot belonged to her husband! And it was close! So close, in fact, that she actually had to move out of the way to avoid the ball. Needless to say, the announcers had fun with that. Given her athletic background, I think that Angie could have avoided a much closer call if need be. 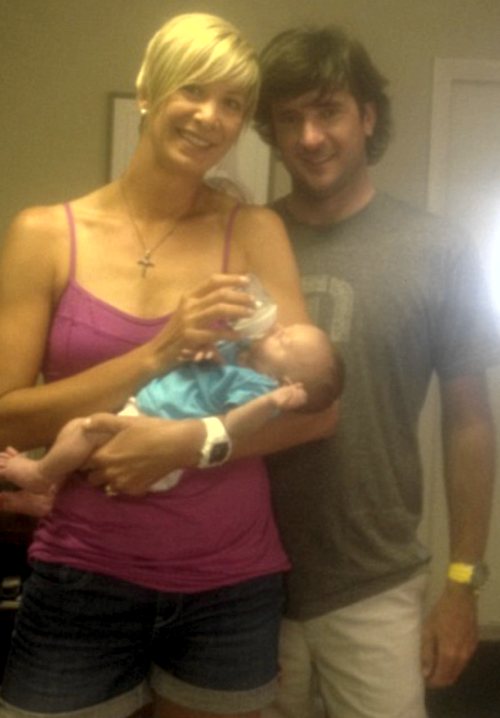