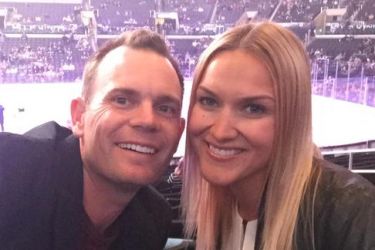 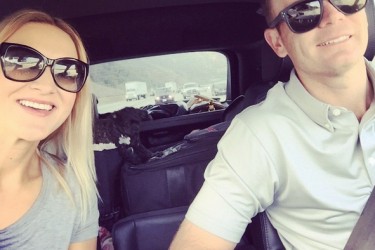 Brendan Steele’s wife Anastassia Steele is not to be confused with the protagonist of the book “Fifty Shades of Grey,” and she inherited the last name Steele so before she met Brendan she wasn’t working Grey Enterprises or whatever the company is that kinky billionaire from the book worked for (sorry I didn’t read it). She is all about her husband and his golf life. She sort of acts as his press agent on her Twitter.

Anastassia took Brendan to a museum recently and said she had to promise him they could see the tar pits. Apparently Brendan doesn’t like museums too much, though he did recently say that if he could choose any food to eat before a golf match, he’d choose his wife’s pizza because “she makes it with love.” Brendan Steele’s wife Anastassia Steele also travels with him to most of his tournaments and tweets about his press coverage. That includes a “coming home” segment that aired on CBS about Brendan going back to his home town of Idyllwild, California. The couple live around the Los Angeles area with their small dog. Anastassia will occasionally mention how much she loves California. “You can take the girl out of California but you can’t take California out of the girl” is one thing and another is a screenshot of the upcoming weather with it being always clear and 75 degrees. Just don’t go hoping to get a drink of water any time soon.

It’s pretty difficult to find a tweet that Brendan Steele’s wife makes without mentioning her husband or his progress at golf. She does have a job and mentioned at one point that she had the week off and still found herself at a golf tournament, but I’m unaware of what she does because she only talks about Brendan. She’s been married to him for eight years now, and they celebrate their anniversary on March 2 every year. The couple are fairly big hockey fans and attend both Kings and Ducks games when they can get the chance. Anastassia has also volunteered to do charity work when the Ducks put on events. 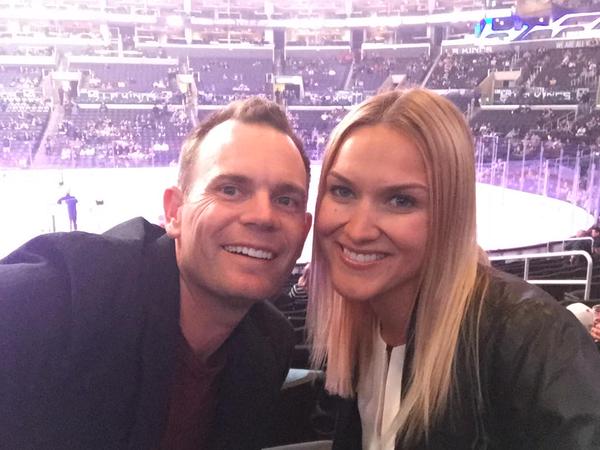