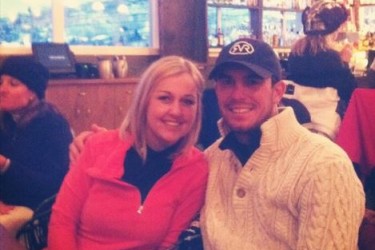 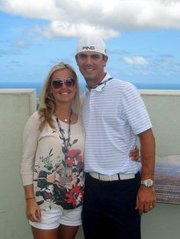 The surprise co-leader after two rounds of the 2013 US Open is 26 year old American, Billy Horschel. While the leaderboard is sure to change over the next 48 hours, the only man to swing a club right handed and to clock in under par through 36 holes has a great chance at taking home the second major of the golf calendar year. If he does hold on to his lead, you can be sure that Bill Horschel’s wife Brittany Horschel will be waiting after the 18th green to meet up with her husband.

Billy and Brittany reside in Ponte Vedra Beach, FL and are huge fans of the University of Florida Gators. Billy will frequently wear Gator blue & orange during tournaments and Brittany describes herself as “forever a gator girl” in her Twitter bio. Brittany Horscheul is a clear cat lover, proclaiming her adoration for her 4 kitties and is currently in school, studying psychology. While Billy is quickly gaining stature on the tour, the couple appears to be like so many other 20-something couples starting out having recently moved into a new home and tweeting regular updates on progress and new details (Congrats on the Man Cave, Billy!)

While there aren’t a ton of readily available pictures of Billy Horschel’s wife, we’re going to keep tuned in to the tournament this weekend to find out if there’s any more possible sightings of the elusive Brittany Horschel. 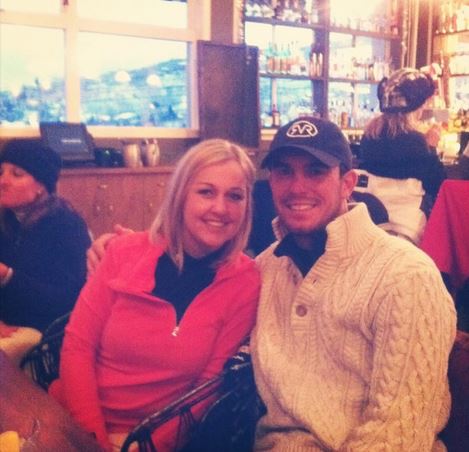