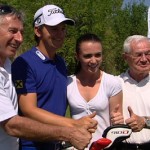 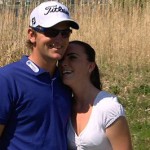 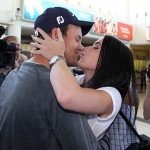 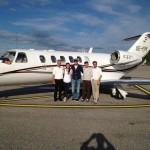 Heading into Sunday at the PGA Championship, no one is surprised to see Rory McIlroy holding a one shot lead over the field. What people are surprised about is that European Tour player Bernd Wiesberger is holding sole possession of second over the likes of Rickie Fowler, Jason Day and Phil Mickelson. And when you head into Sunday playing in the final grouping to his the course, people will be clamoring to know, who is Bernd Wiesberger’s girlfriend?

Well, lucky for you, steadfast golf fans, we have a name. Bernd Wiesberger’s girlfriend Claudia has been in the picture for a few years now. Bernd Wiesberger previously dated a lived with a woman named Tina, though he previously acknowledged living with Tina since 2005 shortly after graduating from BHAK commercial college at age 19.

In recent months and years as Wiesberger’s stock has risen through golfs ranks, Claudia has been a popular fixture on his arm at various events and homecoming celebrations. Like so many other wives and girlfriends of golfers on tour, Wiesberger relies on Claudia for a strong support system, acknowledging the role that his parents, brother and girlfriend to help him achieve his loftiest goals on the European Tour.

Speaking of Bernd Wiesberger’s parents, sports have been in the Wiesberger blood for years. Klaus and Claudia Wiesberger operate a sporting goods store in Oberwart, Austria as well as the pro shop at a local country club. Bernd Wiesberger’s mother still handles all his travel arrangements for his globetrotting days playing the game the family loves. Bernd Wiesberger’s brother Niki also has golf in the veins checking in with a more than healthy 4-handicap.

As a man blessed with a strong support structure around him, Sunday could be a huge day for the entire Wiesberger family. If things remain close coming off 18, we could be seeing plenty of Bernd Wiesberger’s girlfriend, mother, father and brother. We’ll check back in around 6:00 Sunday night.. 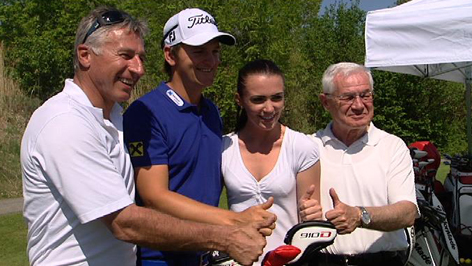