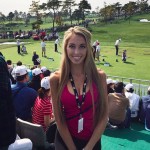 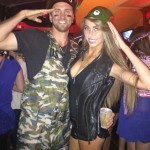 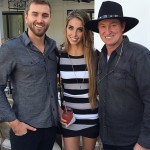 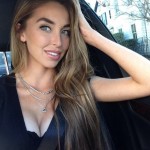 Austin Johnson’s girlfriend Samantha Maddox is a smokin’ hot young lady who most recently traveled with Austin to Incheon, South Korea while he caddied for his brother in the President’s Cup. The team included Rickie Fowler, Jim Furyk, Bill Haas, Zach Johnson, Dustin Johnson, Matt Kuchar, Phil Mickelson, Jimmy Walker, Jordan Spieth, and Bubba Watson. Now look, I’m not saying this would ever happen, but wouldn’t you think one of the actual PGA pro’s would try to snap up Austin’s lady from him? Maybe that’s just the way a normal schmoe thinks, but if my girlfriend was that hot, I’d probably be a little paranoid that her mind would start to wander. Of course, that would never happen with an angel like Samantha!

This whole brother caddying situation is paying off well for both of these guys. The way the caddying pay-structure breaks down (in case you’re interested): a contract is set up between a player and a caddy, and the rule is to pay 8% of all winnings to a caddy and 10% of a full-on win. The base pay is $1500 to $2500 just for showing up! Then, there’s endorsement deals that can get very lucrative. So on second thought: maybe there’s not too much incentive for Samantha to jump ship! Austin Johnson’s girlfriend is now living in a brand new house that the couple bought about four months ago, and it’s only a matter of time before the ring appears on the finger. They’re still a bit young for that. They own a black labrador named Gracie Belle (unusual for a dog to have two names but not unheard of).

Though Austin Johnson’s girlfriend Sam does play a bit of golf, she is actually known as a college tennis player, and she plays for the College of Charleston and was the CAA Conference player of the week at one point this year. Watching this young woman play tennis is totally awesome. She’s in extremely good shape, and she moves quickly. Samantha is also a friend of Wayne Gretzky because Austin Johnson’s brother married the great one’s daughter. I was sort of blown away when I learned this, but it is indeed true– Samantha commemorated Austin becoming an uncle and Wayne becoming a grandpa when one of Paulina Gretzky gave birth. 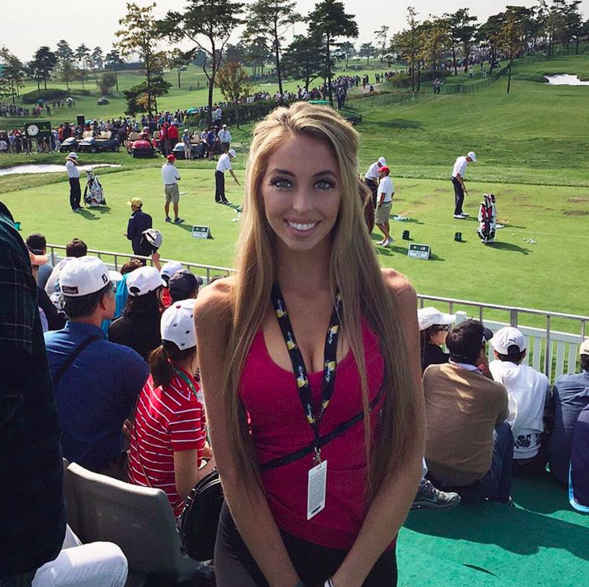