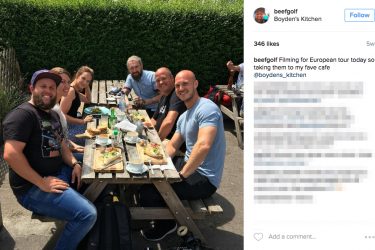 In an article about his all-consuming beard, Andrew Johnston’s girlfriend Louise Jay did not want to be named by ESPN. According to Andrew, she’s very much not a fan of the wild outgrowth of beard that has been steadily expanding. I don’t know how he does it because every time I start one up I get insanely itchy. But there must be a hump that you get over where it stops being itchy?

Anyway, Andrew Johnston’s girlfriend Louise has been with him for over a year. How do I know it’s been over a year?  Because Louise remembers a time when he wasn’t weighed down by the constant tugging of gravity on the beard. Johnston’s quote about his girlfriend and the beard is “my girlfriend’s not happy.” His accounts speak of her being positive about the beard up to a point.  She is now violently switching stances on it into complaint mode. Louise hasn’t taken part in some of the “eating events” that Andrew has taken part of and posted about on social media. A lot of times what they’ll end up doing is going to a delicious meat spot and gorging on burgers or slices of meat. When is that not fun and enjoyable? Never.

There is a picture of Andrew Johnston’s girlfriend hanging out with him and some golfing buddies on a picnic table. This is the only picture Andrew has put on his social media of her, from what I can tell. Another picture of her outside shows her with a purse. From first glance it looks like a golf bag strap, but she is definitely not his caddie, though. That honor belongs to an older fellow with spiked hair. Louise can watch on the sidelines as her man climbs the rankings higher progressively.  We’ll sure be watching too. 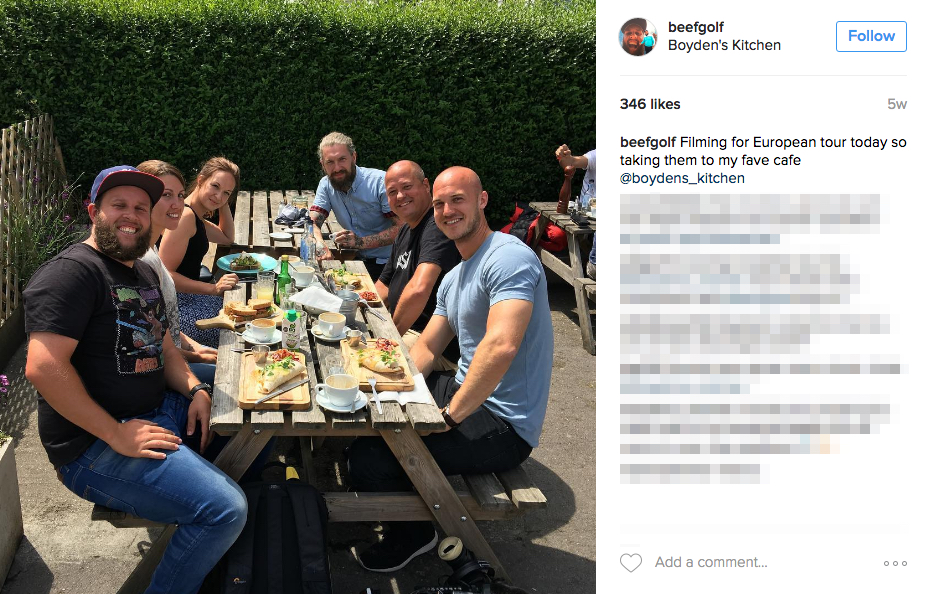