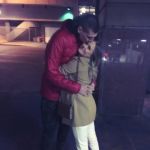 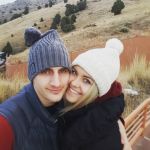 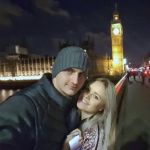 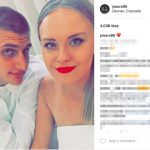 Nikola Jokic’s girlfriend Natalija Macesic lives in Denver with him.

But, she’s an international traveler!

She traveled to London with Nikola while his Denver Nuggets took on the Indiana Pacers there. Games in London are not uncommon in 2017’s NBA. However, logistically they are still too difficult for a full-time team to establish a presence. Anyway, Nikola posts some pretty funny pictures of Natalija. He smooshes her face like a small cute dog and comments in Serbian, presumably about how cute she is. She travels everywhere with him when she can, and they routinely go to Serbia to relax and enjoy their home country. Of course, when the season is on, they don’t go there.

Natalija also participates in excellent karaoke for social media. They posted a video of them lip-syncing a Serbian version of a Beach Boys song. It was a splendid performance. Clearly, they enjoy a good laugh because they are funny in that video. In March of 2015, Nikola Jokic’s girlfriend hosted some kind of booth for a physical therapy company. Maybe she worked for the company in Serbia before she moved to the States. The couple almost certainly started to date in high school. Nikola’s photos of them together date back to when he was around 18 years old.

Nikola refers to Natalija as “Ljubav,” which means love. Nikola Jokic’s girlfriend is obviously very important in his life because they stay together through thick and thin. It’s also nice to have someone that speaks your native language. Their photos on social media date all the way back to June of 2013. That means they were together at the age of eighteen. Thus, Natalija serves as a strong support. It’s critical for Nikola to have a good support system because he’s not from here. He feels thankful and happy Natalija can live with him in Denver. I think they both miss their family too.