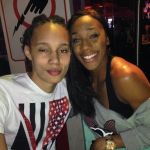 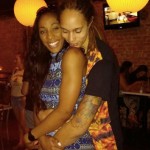 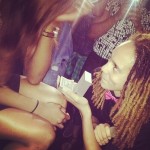 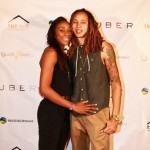 Brittney Griners girlfriend Glory Johnson has to put up with Brittney being (in her own words) “a grumpy little light bright, and a stubborn 6’8 fool sometimes.” That was what she said on her Instagram, and she thanked her girlfriend and fiance Glory.

Brittney asked Glory to be her wife back in April. The moment was documented in pictures, and Brittney told USA Today  “I was more nervous (proposing) than anything in my whole life. I almost passed out.” Well, the moment is over, and now her life is much enriched. Some of the videos she posts on Instagram are pretty funny, by the way. Brittney is definitely a big sports fan, and she got a kick out of the Antonio Brown kick-to-the-face of Spencer Lanning play. There’s often amusing soundtracks to go with her posts. Once you get used to her extremely deep voice, she’s really funny. In one video she tries to wink at the camera but uses the wrong eye and looks like she’s having a seizure, at which point she says “Gotta’ wink wit’ my good eye, not my bad eye.” As you might know, Griner threw down the first dunk in WNBA history.

But let’s not forget that Brittney’s girlfriend Glory is also a talented WNBA player. She plays for the Tulsa Shock, while Brittney plays for the Phoenix Mercury. Both of their home team states had gay marriage bans, which was as annoying to Brittney and Glory as you can imagine. Then Attorney General Eric Holder swooped in and made gay marriage legal in Indiana, Oklahoma, Utah, Virginia, and Wisconsin. I imagine that makes their decision on which state to get married in a lot easier. It must be weird having to play against the person you’re about to get married to, though. What if one of them is forced to intentionally foul the other, and they do it too hard and flagrant-foul instead? Hypothetically, could you call that an abusive relationship? 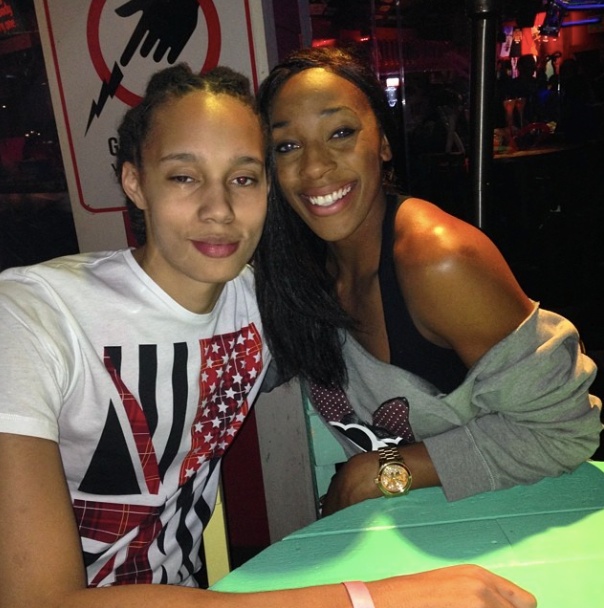